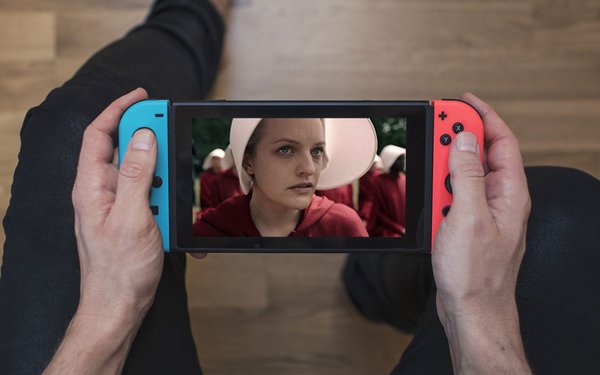 Hulu is the first U.S. streaming service to be available on the gaming console, the company said in a blog post announcing the deal.

Starting this week, users can download the Hulu app from Nintendo’s shop, and watch either the traditional on-demand plan, or Hulu’s new live TV bundled offering.

Video game consoles are increasingly becoming some of the most popular smart-home-connected TV devices. Sony’s Playstation and Microsoft’s Xbox brands already feature Hulu, as well as competitors like Netflix. Nintendo has been slow to adopt third-party applications, but with the Switch it appears to be opening up to streaming video opportunities.

Users will be able to watch Hulu on their TV sets, or on the Switch itself while on the go. The Switch features a video screen built into the system, allowing users to play it while outside their homes.