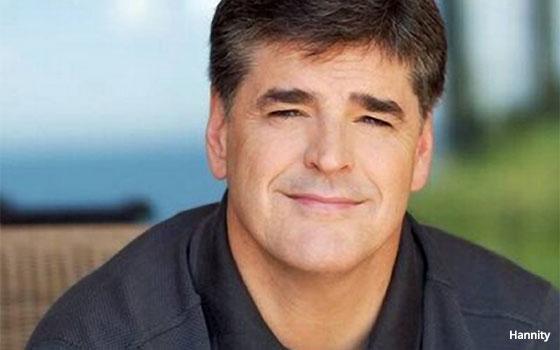 Fox News Channel’s prime-time program “Hannity” witnessed a 15% decline in national TV advertising for the most recent three-month period -- partly due to the absence of a presidential election, with comparisons to viewer/advertising interest of a year ago.

For the period from September 1 through November 12, “Hannity” pulled in $32.9 million in advertising sales, according to iSpot.tv -- down from $38.9 million for the same time period a year ago. Analysts says this decline was somewhat expected, due to unfavorable comparisons to high TV viewing of the presidential election campaign of last year.

A number of advertisers have reportedly pulled out of the show, including Keurig, Nature's Bounty, Cadillac, and E-Trade, among other brands.

In response to Keurig, Hannity has been encouraging and applauding fans who share tweets and social media posts. Some of those post include videos of Keurig coffeemakers being smashed.

Social media measurer Canvs says Sean Hannity is the second-biggest individual driver of “emotional reactions” of TV viewers since the period of September 1 through November 12 -- with 164,301 emotional reactions in total.

According to Canvs, Hannity-related social media content was described as “love” in 17.7% of reactions and “hate” and “dislike” for 23.9% of reactions.

Brands, spots and frequency on “Hannity” are comparable to the results of a year ago. For the three-month period from September to November this year, 321 brands ran 639 spots 3,075 times. A year ago, there were 393 brands running 815 spots 3,709 times