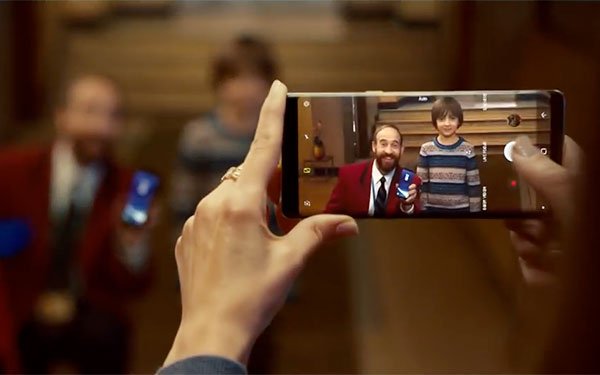 With phones and electronics as one of the most popular gifting options, the conglomerate is working with several partners on holiday-related campaigns.

Developed with adam&eveDDB, Samsung's TV spot is designed specifically to work across various holidays, enabling the brand to run in multiple markets globally.

The spot features a friendly concierge in an apartment block preparing for the various holidays. The media, which is handled by Starcom, has been built around the four holidays celebrated by the residents in the ad: Diwali, Hanukkah, Christmas and Chinese New Year.

It will have bespoke content going live around each event.

Separately, Samsung partnered with OmniVirt, BuzzFeed and Brit+Co to promote its Gear 360 camera using user-generated content. BuzzFeed’s activation embeds 360° photos in sponsored article pages, including “Have You Ever Taken A 360 Photo?” and “We Threw A Holiday Party In November Because We Just Couldn't Wait."

The campaign invites users to submit their own 360° holiday photos for a chance to be promoted by BuzzFeed and Samsung.

Brit+Co leveraged interactive 360° video to create a "shoppable" holiday party experience. Within 90 seconds, a blank room is transformed into a holiday party featuring seasonal elements. Clickable hotspots appear throughout the video, giving the audience the opportunity to click through to Brit + Co DIY tutorials and to learn more about the Gear 360 camera and Gear VR.