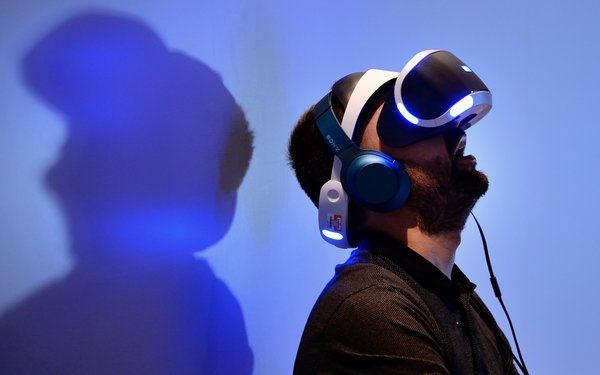 It may be slow in coming, but money from virtual and augmented reality is on the way.

In the short term, consumer VR leads, but augmented reality is on track to eventually blow by it.

Consumer VR will grow from $1.6 billion last year to $11.5 billion in 2021, according to a new VR and AR revenue forecast by Artillry Intelligence.

The forecast includes devices such as headsets and smart glasses and excludes gaming consoles and smartphone-based VR.

Consumer-focused VR will be hardware based in the short term, but more revenue will come from apps, games and long-form content, increasing the amount of money spent per user.

Mainstream adoption of VR is expected to start next year, driven by price reductions by the major manufacturers Oculus, Sony and Samsung.

Virtual reality will continue to lead until Apple introduces it smart glasses, expected in 2020.

When business applications of VR and AR added in, the revenue becomes significant.

Overall global VR and AR revenue is projected to grow from $4 billion last year to $79 billion in 2021, a 160% annual growth rate.

The most interesting factor here is the shift coming.

Last year VR comprised 56% of revenue compared to 44% for AR.

Looking down the road for AR, Android has the advantage, with 2.6 billion devices compared to 600 million iOS phones in four years, according to Artillry.

Over time, more consumers will be viewing the combination of a physical and digital world. And they likely will be wearing something to see that world, not looking down at their phones.