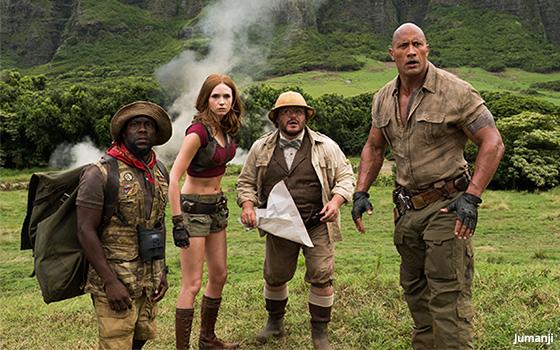 For December 2017, which comprises half of the holiday movie season, the movie industry's national TV spending has been down.

Studios spent $346 million in national TV advertising for their theatrical movies, according to iSpot.tv, from November 15 through December 31, 2017. A year ago, national TV spending was at $429.9 million. Both years have had “Stars Wars” movies.

Some big movie spenders of a year ago were Sony Pictures’ “Passengers,” Universal’s “Sing!” and Walt Disney’s “Rogue One: A Star Wars Story.”

This year, Sony Pictures Entertainment’s “Jumanji: Welcome to the Jungle” topped all films in national TV spending over that month-and-a-half period.

The action franchise spent $33.5 million from the studio, pulling in a total U.S. box office revenue of $169.6 million, according to boxofficemojo, for its two weeks in release to date.

Walt Disney’s “Star Wars: The Last Jedi” was next at $27.1 million. The latest in this franchise, which broke many revenue records, has earned a gigantic $517.4 million through three weeks of U.S. business.

Paramount Pictures’ “Downsizing” spent some $19.8 million so far and is at $17.1 million in box-office revenue after two weeks. Fox’s “Ferdinand” has spent $19.5 million so far, pulling in $53.6 million over three weeks of business.

Sony’s “All the Money in the World” took in a modest $12.8 million in revenue of its first outing, the New Year’s Weekend -- after spending $14.2 million in national TV advertising so far.

Walt Disney’s “Coco” is at $14.1 million in national TV ad spending since mid-November. It has had a successful run in U.S. business -- climbing to $179.8 million in revenue after six weeks.

Focus Features’ "Darkest Hour" is at $18.1 million in box office after six weeks, spending $10.7 million on national TV networks. Compared to other big movie releases with 2,000 to 3,000 theaters, it has only been in a modest number of  theaters -- 943 over the recent weekend.

Fox’s “The Post” spent a big $17 million, but only has $1.8 million to show for it after two weeks. It has been in modest release so far, among just nine theaters.