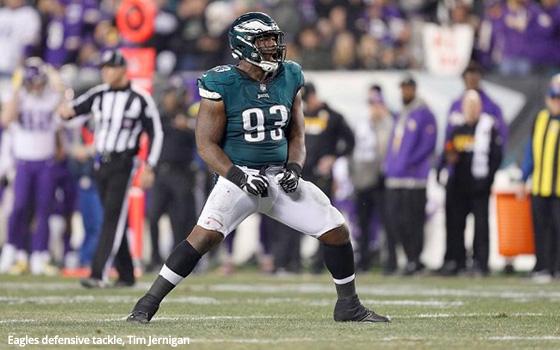 If the folks at NBC have any lucky stars, then they should be thanking them for giving them the Philadelphia Eagles in the upcoming Super Bowl LII.

As everyone well knows, there is no more American team than the Philadelphia Eagles. They are a team whose name is the very symbol of the nation whose liberty was cradled just six miles north of Lincoln Financial Field, where the Eagles play before their adoring fans.

They once played in a field named Franklin -- after Ben Franklin, a man who was born in Boston but chose sensibly to live in Philadelphia.

That's where he discovered electricity by tying a key onto a kite (or some such), thus making possible the very Super Bowl that America's team will be playing in -- under electric lights on TV, a medium that would not be possible without the electricity this famous Philadelphian discovered.

In 1971, this most American of professional football teams moved from Franklin Field into the new Veterans Stadium, a facility built and named expressly to honor America's veterans.

The team's new home meant they had to move from West Philadelphia to South Philadelphia. But the new stadium happened to be across the street from another stadium named for one of our most beloved presidents -- John F. Kennedy.

It was there, in JFK Stadium, where the football teams of the United States Army and Navy clashed annually for more than 40 years.

Today, the Philadelphia Eagles play in a stadium named for a bank named after one of our greatest presidents, Abraham Lincoln. It is often speculated that if he were alive today, Lincoln would be an Eagles fan.

As a celebrity, he would probably be able to score a few tickets to the Super Bowl in Minneapolis. On the other hand, Lincoln was a humble man, who just might have been content to watch his beloved Eagles on NBC from the comfort of his own home.

That is where millions of us will be enjoying this annual holiday known as Super Sunday, which this year falls on February 4. The prediction from here is that ratings will go through the roof because of the intense interest and affection the nation has for the Eagles.

Reasonable people agree: The rumors that Philadelphia sports fans in general, and Eagles fans in particular, are sometimes ill-mannered are just that -- rumors.

I blame Howard Cosell for originating this libel. He once wrote: “Philadelphia sports fans will boo the home team for landing safely at the airport.” If he were alive today, I would ask him to name one instance where this actually happened. One instance!

Yes, NBC and its legions of Super Bowl sponsors -- many of whom ponied up an estimated $5 million per 30-second spot for the honor of appearing in Super Bowl LII starring the Eagles – have hit the jackpot this year.

And the fact that there is another team playing in the game too is just icing on the cake.