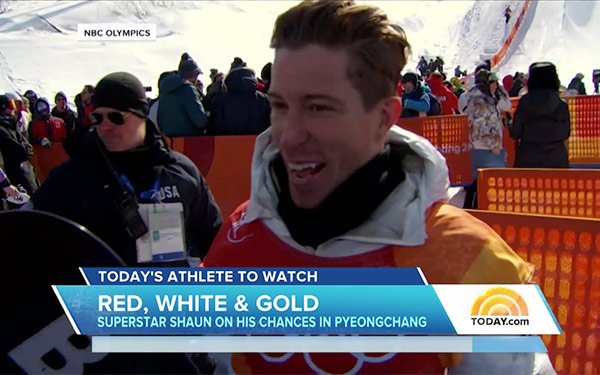 Although five days of the prime-time Olympics programming are down from the last Winter Olympics four years ago in Sochi, Russia, overall viewing guarantees for TV advertisers are over-delivering.

“The guarantee works across all the platforms,” says Mark Lazarus, chairman of NBC Broadcasting & Sports, in a phone call with reporters. “We don’t really have an individual guarantee [per network/platform]. We certainly have targets. We are exceeding those targets.”

He explains that advertisers are buying the Olympics in big packaged deals that include the NBC Television Network, its sports cable network, NBCSN, other non-sports NBCUniversal cable networks and digital platforms.

“The vast majority have bought the entire suite of products -- pushing 90%,” say Lazarus. “It’s largely bought and marketed as a complete package.” This is in contrast to the past -- when NBC and previous networks have pinned viewing guarantees just to viewing of a big TV broadcast network, mostly for prime time.

After five days of the PyeongChang Winter Olympics, NBC says prime-time TV viewership is down 6% to average around 24 million prime-time viewers when looking at the network’s own Total Audience Delivery metric. Joe Brown, senior vice president, research for NBC Sports Group, says this breaks down to around 22 million on the NBC Television Network and 2 million from cable networks and streaming platforms.

While guarantees are exceeding targets, Lazarus admits that “we anticipated some dropoff in audience from four years ago [from the Sochi Winter games in 2014].” But he adds a 6% decline in prime time is still relatively small.

“If you look at the total media landscape, if you are down 5% over a four-year period, nothing is doing as well as that in television,” he says. “So, we are doing very, very well.” As has been reported, Lazarus says NBC has sold over $900 million in advertising for the games.

He adds that other dayparts/platforms for Olympic programming are over-delivering. Overall total viewer consumption -- total gross ratings points for the event -- will be higher, due to more programming.

Lazarus says the network is still selling advertising during the 16-day event, which ends February 25. He confirmed that some big existing sponsors are spending less, but that 60% of NBC’s Olympic advertisers are new.