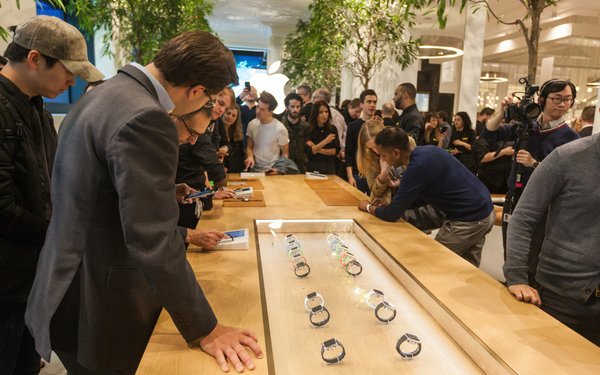 Wearable sales will grow an average of 20% each year over the next five years, according to a new forecast.

Worldwide wearable sales will reach $29 billion with 243 million devices shipping by 2022, based on the forecast by CCS Insight.

Apple smartwatch sales rose 60% to 16 million units last year, with about a quarter of Apple sales made up of the cellular-enabled Apple Watch, according to CCS. Apple is projected to come close to matching worldwide sales of Swiss-made watches this year.

Fewer than 6 million Google-powered Android watches are projected to sell this year, with 5 million having shipped last year.

Fitness tracker sales slowed to 40 million units last year, a decrease of 23% from the previous year. That market is now dominated by Fitbit and Huami, accounting for 80% of global shipments. Huami in China now has grabbed the top spot with the expansive Chinese market.