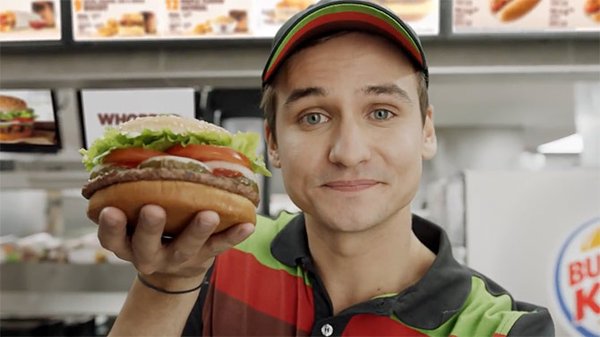 Burger King is ranked the number one brand and Unilever is the number one advertiser in the 2018 WARC 100, an annual global index of the world’s top marketing campaigns and companies based on their business impact.

Burger King improved its ranking by 30 places to reach the top brand for effectiveness, with the "McWhopper Proposal" campaign in the top 10 and "Backyard Burger King" in the top 100. Unilever was the most effective advertiser for the third time, having previously held this top position in 2015 and 2014. Unilever has four campaigns in the top 100.

Starcom Chicago has returned to the top of the media agencies for effectiveness ranking with almost triple the points of the second-placed agency.

Eight of the top digital/specialist agencies for effectiveness are from the U.S. Thirty-four campaigns in WARC 100 are in North America. The United States ranked top country for effectiveness for a fifth consecutive year.

The top five campaigns for effectiveness in North America are Whirlpool’s “Care Counts” from Ketchum, Chicago; “Van Gogh BnB” for the Art Institute of Chicago by Leo Burnett, Chicago; Barbie’s “Imagine the Possibilities” from BBDO, San Francisco; Airbnb’s “Don’t Go There, Live There,” from TBWA\Chiat\Day, Los Angeles and Jolly Rancher’s “A New Media Model to Transform a Brand that Sucks” from Anomaly, New York.

WARC 100 tracks the performance of campaigns, brands and agencies in more than 70 of the most important global, regional and national marketing effectiveness and strategy competitions around the world.  Now in its fifth year, the WARC 100 is based on a rigorous methodology developed in consultation with Douglas West, professor of marketing at Kings College London. The WARC 100 is now part of Gunn Report, which recently published Gunn 100, a ranking of campaigns and companies based on creativity.