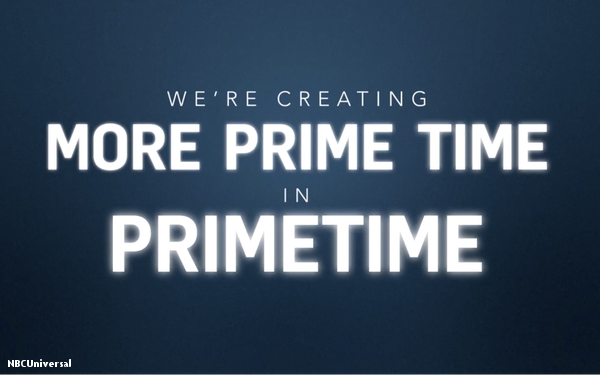 NBC is planning to significantly cut back its commercial advertising loads later this year, reducing the number of ads in commercial pods by 20%, and decreasing prime-time advertising time by 10% across its portfolio of networks.

In total, more than 50 prime-time shows across the NBC broadcast network and cable channels like USA and Bravo will see their ad loads decrease.

The changes will take place in the fourth quarter of this year -- tied to the broadcast network’s fall season debuts. The company will formally introduce its ad plans at this year’s upfront.

NBCUniversal will also launch a number of new ad products, some of which will use artificial intelligence to contextually target consumers.

The new products include a 60-second advertising format called “Prime Pod,” which will be available in the first or last commercial breaks of programming, and will be dedicated to up to two advertisers. Essentially, the pod will condense the typical 2:30 commercial pod into a one-minute break, putting extra emphasis on the advertisers that participate.

In addition, the company will launch an interactive picture-in-picture product, and social ad products to supplement its linear ads.

"The industry knows that television is already the most effective advertising medium there is, but we need to make the experience better for viewers,” said Linda Yaccarino, chairman of advertising and client partnerships for NBCUniversal, in a statement. "We promised some big swings last fall to move our industry forward and this is the first one."

The moves by NBC are the latest efforts from broadcasters to try and drive ad sales in an increasingly fragmented media environment. Consumers are watching more content on-demand on more platforms, many of which are commercial-free.

Fox last year launched a pilot program that featured six-second ads during NFL games and some other programming, borrowing a format that was popular on social media platforms like Vine and Instagram.