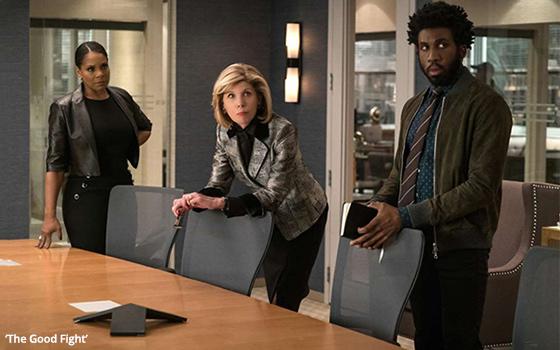 CBS is planning to “double down” on its over-the-top original programming strategy in a bid to more effectively compete against the likes of Netflix and Hulu.

At a conference hosted by Deutsche Bank Tuesday, CBS COO Joe Ianniello said the company had “quadrupled the number of originals” on its CBS All Access subscription streaming service, and that it will keep adding to that number, with six or seven new shows to launch in the next 12 months.

"I don’t think we are going to keep quadrupling it as it slows,” Ianniello said. “We are in growth phase, so to starve it right now, or to manage it for margins, would be inappropriate. Everything has a bell share curve, but we are nowhere near the top.”

Ianniello also touted the company’s data and analytics, arguing that direct connection to consumers will ultimately lead to better programming, and outcomes for advertisers.

“Showtime has been in the subscriber business since its inception, but... the distributor had all of the data,” Ianniello said. “Now, we have perfect information in terms of consumption: what they watch, how they watch, where they watch, and so it makes us smarter in our programming. And on the CBS side, it will make the advertising much more effective.”

For its long-term strategy, CBS plans to launch its All Access product around the world, beginning with test cases in English language-speaking countries like Canada and Australia.  These products will feature much of the same CBS programming, but will be complemented by local programming as well -- including, potentially, live sports. CBS is examining whether it would make sense to look into cricket rights in Australia, for example.

Ultimately, the company hopes to become an international player, much like Netflix and Amazon. It is betting that its differentiated offerings, which include live news, sports and entertainment coverage, as well as a less expensive ad-supported option, will be what drives the company’s growth in OTT.

“This is an arms race,” Ianniello said. "I don’t know that there is going to be some 30 channels out there. I think it is going to some sort of oligopoly at the end of the day, and I think we will be one of them.”