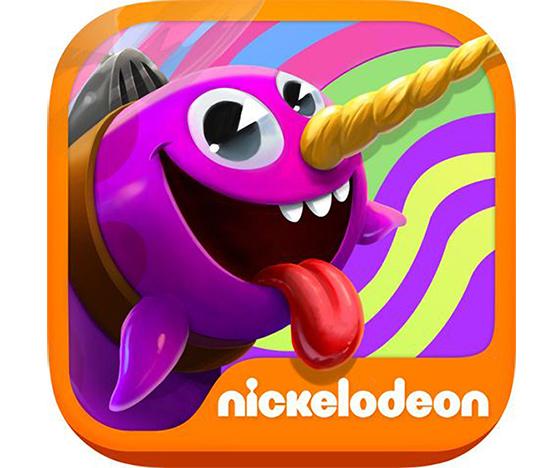 Nickelodeon is looking to engage consumers on a whole new level — with augmented reality.

Nickelodeon's Sky Whale app, its most popular mobile property, is getting a shot of AR. Presently, the app averages 2 million active monthly users and has racked up nearly 30 million downloads since its launch.

In the game, players can steer the narwhal with their devices, moving through the space to soar through the sky or swim underwater in a race to collect items and accumulate points for high scores.

This week, Nickelodeon is also unveiling a new Do Not Touch AR app. Young users can interact with disruptive moments and surprises in the real world. The new app builds on the popular “Do Not Touch” button found in Nick’s flagship app.

The Do Not Touch AR app features interactive surprises and mini games that highlight Nick properties and trademarks, like "pongeBob SquarePants," "The Loud House," slime and the Kids’ Choice Awards blimp. It makes Nick’s “Do Not Touch” button seem to appear in a user’s surrounding physical space when viewed through a mobile device’s camera.

Over the next five years, augmented reality -- including mobile AR and smart glasses -- could reach an installed base of more than 3 billion consumers, according to recent projections from Digi-Capital.

Yet, AR hits are still hard to make. Indeed, despite the mega-success of Pokémon GO in 2016 and the highly anticipated release of Niantic’s Harry Potter AR mobile game, popular AR offerings remain few and far between, according market analysis from App Annie.

“Contrary to expectations, we haven’t seen an AR boom in games, even with the introduction of Apple’s developer ARKit,” App Annie noted in its report.

Among other challenges, developers are still to struggling to work out compelling experiences while keeping “ergonomics” in mind.