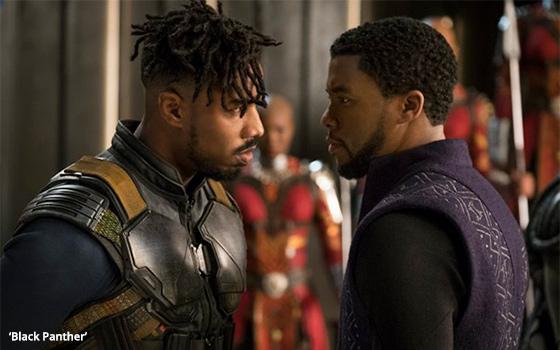 While just over 20% of moviegoers 13 to 49 say the Rotten Tomatoes (RT) score is among the most influential factors in their decision to see a movie, the vast majority of ticket buyers (75%) say that the online review site has some influence on their decisions.

That’s according to a new report from Horizon Media.

As the industry continues to debate whether RT has a direct impact on box office performance, Horizon's research explores how moviegoers actually view the platform and how that usage translates to insights marketers might use to help shape future plans.

"The boogie man marketers have been worrying about isn’t as scary as we thought," says Kirk Olson, senior vice president, managing director, entertainment & TrendSights, Horizon Media. "That’s not to say a bad RT score didn’t contribute to poor performance for movies like last summer’s 'Baywatch.' It probably did. But by asking different questions, we learned that what marketers have to do to fight back against a low score is more of the tried and true along with some of the new."

In other words, Olson says marketers need to "trust ourselves about what sells certain genres, apply that knowledge as intelligently as we can, and keep innovating."

Across all movie genres, overcoming a low RT score largely depends upon activating communications strategies theatrical marketers have always used. "Moviegoers told us unanimously that ads and trailers, wherever they see them, are the most influential media of all," states the report.

However, studios and marketers do need to consider RT’s looming influence, which can vary by genre.
Comedy fans, to that end, use RT to see through advertising hype.  "They care about pure entertainment and star power, but not about story," the report surmises.

This means word-of-mouth and social media buzz have outsized influence compared to other genres. Horizon recommends comedy marketers increase their micro-content social teases that roll out gradually, getting bigger and “louder” closer to premiere. This must be fast-paced and constant. However, Horizon cautions studios to also reserve opening weekend surprises for first-in-line moviegoers to talk up later.

By contrast, romantic comedy fans care a lot about storyline, and discount WOM and social media buzz. Rather than trying to force “buzzworthy” status, Horizon recommends romantic comedies be framed even more overtly within movie-going occasions, such as date night or girls’ night out. Social content strategies should be less “rapid fire” than for straight-up comedy, allowing the humor to be represented in narrative context, says the report.

Thriller fans use RT as a "tie-breaker." Their decision is driven less by featured actors and more by narrative elements. They also want exclusive content. As a result, studios and marketers should introduce immersive, interactive digital media and virtual reality experimentations to enhance their feelings of intrigue, shock, and surprise.

When Horizon looked through the genre lens, whatever age or gender skews exist are endemic to the findings. "The only clear difference we saw is that female moviegoers are more likely to go to a movie with a bad score if it’s a movie their family wants to see," says Olson.

Horizon does issue a caveat: As with any insurance policy, there are no guarantees against mishaps, the report states. "Bad things happen to good movies. Still, our unique research and its implications should calm current industry agita and provide a marketing map for the present and the future."

Horizon surveyed some 1,500 moviegoers for the report and applied an analysis algorithm to the data to parse out key similarities and differences across movie genres and moviegoer types. The report focused more on wide-release movies than on indie or limited release films that most differentiate coastal from non-coastal markets. That said, "'Black Panther' is 'Black Panther,' wherever in the country it’s playing," jokes Olson.