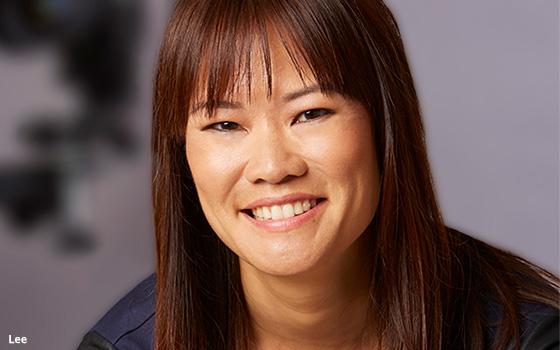 In her new role, Lee will oversee editorial and business operations for the brands and work closely with the company’s advertising, commerce and studio teams on new partnerships, product development, licensing and original content development.

“I’m excited to see [Lee] apply her deep experience building out brand portfolios to help us quickly grow our media brands group by emphasizing brands that serve audiences, instead of the other way around,” stated Jonah Peretti, BuzzFeed’s founder and CEO.

“The growth and monetization of BuzzFeed Media Brands is an integral part of our strategy to diversify BuzzFeed’s business to a multi-revenue model," he added.

The BuzzFeed Media Brands portfolio currently reaches more than 600 million people monthly on Facebook and BuzzFeed properties, according to the company.

“Combined with their massive reach across social platforms -- and even now in department stores across the country -- there's a huge opportunity for brands like Tasty, Goodful, Nifty, Playfull and As/Is to grow revenue and embrace emerging models,” Lee stated.

Lee will focus on expanding the Tasty model of success to BuzzFeed Media Brands' other lifestyle verticals.

It is a strategy Peretti revealed last December in a memo outlining his plans to reorganize BuzzFeed’s ad sales department, focus on its lifestyle and service-journalism brands and evolve them into multiple revenue stream opportunities to fight the duopoly of Google and Facebook. “Taking the vast majority of ad revenue and paying content creators far too little for the value they deliver to users,” he wrote at the time.

Tasty, which started as a social-first brand known for its viral, shareable cooking videos on Facebook, now has a cookbook deal with Penguin Random House, content series on YouTube, a branded cooking device and a cookware line available through Walmart.

Lee joined Meredith in 2016 to oversee the company’s video studios and expand its reach through new products, programming and partnerships.