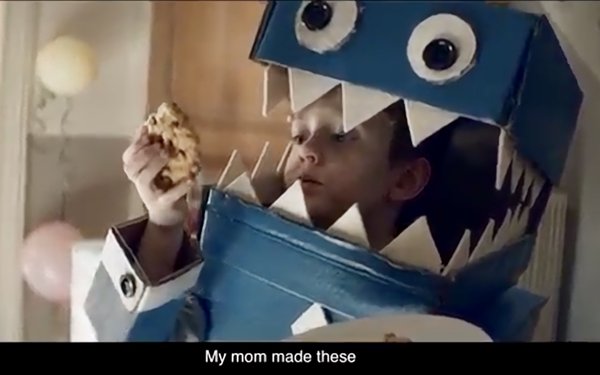 The campaign, from agency Romance is called "Maman, la plus belle du monde" (Mama, the most beautiful in the world) that features a young boy pretending his cookies are homemade by his mother when they are actually Chabrior, the store's own line of cookies.

The creative is designed to highlight the grocery chain’s status as both producer and distributor but adding a layer of emotion that the chain is known for, says an agency spokesperson.

“Intermarché is the third-largest French distributor [and each of] its brands has a story. We wanted to use this film to tell people that don’t shop at Intermarché about them, as they symbolize the chain’s modernity and attractivity," says Christophe Lichtenstein, president, Romance.

The chain is concentrating its media budget on heavy TV spending, so at the moment there is no print or in-store support.

This film follows last year's “L’Amour L’Amour” which raised awareness for the Intermarché Eat Better movement. That ad campaign basically asked whether it was still acceptable for Santa Claus to be an overweight, jolly old elf.