How Agencies Are Reinventing The Agency-Client Relationship 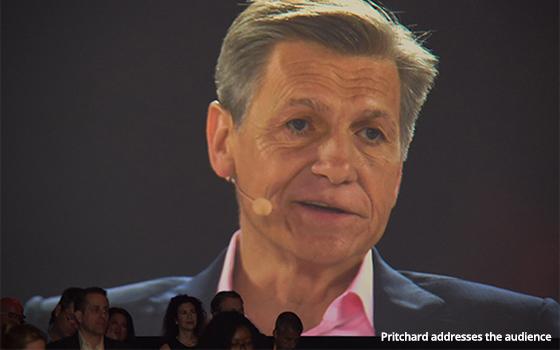 There have been many candid conversations between agencies and clients about what each brings to the table in light of cost challenges, data issues and digital media under attack, among other matters.

Most conversations center on transforming this relationship in the agency of the future. Yet Sadoun points out that no one talks about the clients of the future. "You need to invest more in your brands -- trust creativity and press technology," he says. "They need to understand if they don't do the right thing, it will be death by a thousand cuts."

For its part, P&G has ended the "buddy system," in which every P&G staffer had an agency companion. It created too much outside noise, Pritchard says, so the company has a "mantra to say no to scrums."  Adds Reiner: "It's hard to find an idea that gets better when more people are involved."

Sadoun pressed Pritchard on his position as one of the largest ad spenders to drive costs down, resulting in agency layoffs. Pritchard clarified by saying his comments were not intended to say that agencies are over-investing in talent. "We want great account people," he says. The problem, however, is excess people -- as in the aforementioned buddy system.

P&G is under "enormous pressure" to reduce costs to invest in growth. This means everything needs to be examined more thoroughly. "It isn't just fees," says Pritchard. There is a huge opportunity to reduce production budgets, such as toolkits in which only 30% are used, he says.

P&G is looking at its own bottom line with fewer categories -- cutting its staff in half, and focusing on technology. "Our brand manager is not a product manager, but more of a brand entrepreneur," he says.

While P&G's Pritchard has made headlines for discussing his decision to move agency responsibilities in-house, he clarifies that these decisions will only be limited to areas where P&G can "create value" -- specifically digital media planning. "We don't think we can bring everything in-house," he adds.

At the same time, agencies are attempting to redefine themselves to become more of a relevant partner to their clients. Publicis Groupe is transforming the relationship by investing in the 3Ts -- talent, tools, and technology, says Sadoun.

Grey New York's Reiner says her agency is making the 75% commitment: 75% of the agency's budget will be spent on creativity by the end of 2018. "It is about how we are investing and maximizing resources where they are most valuable," she says.

Ultimately, both sides need to be clear about what each brings to the party, panelists say.

"We both need to reinvent to focus on brand building of the future, so we both grow," says Pritchard.