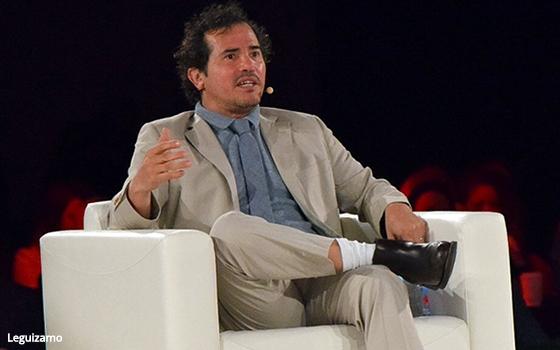 John Leguizamo may be best known for his roles as an actor and comedian, but as partner of the NGL Collective, he is working to reframe the Latino media and entertainment narrative and connect advertisers with today's Latino audience.

In a chat with Luis Miguel Messianu, creative chairman, CEO, Alma Ad, Leguizamo discussed how he is elevating the image of Latinos during Tuesday's 4As Accelerate Conference in Miami.

I will take tokenism, quotas, just put one of us in there, he says. We are 20% of the population with $2 trillion in buying power. "That is the U.S. budget for this year," he points out. "We have buying power. There is green to have, put us there, and you will see it."

We are still buying and spending and enjoying media, we just aren't included in the story or featured in the media, Leguizamo says. He doesn't understand the lack of urgency for including Latino voices.

"We are the second-oldest ethic group in America, so why aren't Latin people further along?" asks Leguizamo. It isn't because we aren't intelligent, creative, assertive or talented enough, he says.

While he didn't address whether his political activism has cost him advertiser and brand partnerships, he believes celebrities need to use their platform to champion their passions. He also defines his brand differently from more traditional actors or singers. "As an entertainer, you are a blank artist, but I consider myself an artist," he says. This means his voice is more fluid, since he serves as a content creator, director and advocate.

That said, Leguizamo admits he is a "lightening rod" across social media.

He claims to be "more political than most celebrities," pointing out that he mysteriously lost 100,000 Twitter followers — what he claims to be Russian bots — the day after the presidential election on November 8, 2016. He adds his biggest regret is never voting in midterm elections. "Now, all of a sudden, the midterm election is the most important election in my lifetime," he says.

While he embraces all opportunities for Latinos in pop culture, he admits he is conflicted about gangster movies and shows, like "Nacros," that perpetuate fake reality and negative stereotypes of Latinos.