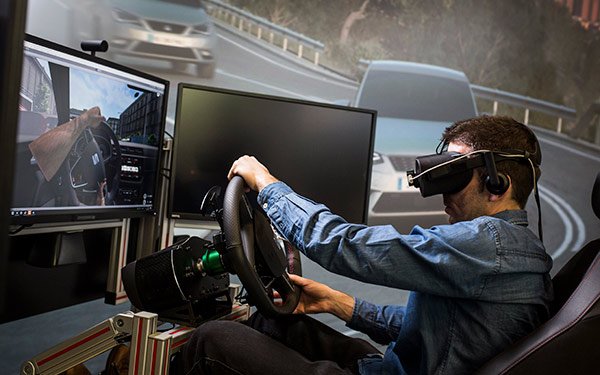 Thank to virtual reality, choosing a car from a brochure may fade away as car shoppers configure the trim level and color of their vehicle and see the result by wearing 3D glasses.

That’s the vision of the SEAT Group, a subsidiary of the Volkswagen Group, that designs, manufactures and markets cars in Spain and exports vehicles to 80 countries through 1,700 dealerships. Customers also could experience a test drive through virtual reality.

For the new SEAT Ibiza, which is manufactured in Barcelona, 95,000 VR simulations were performed during the development stage. During the three years of development that go into a car, up to 3 million elements are analyzed using simulations, which was limited to only about 5,000 30 years ago, according to the SEAT Group.

Using virtual reality in the production process for the SEAT Ateca drove the price down and added 800 improvements before the car went into production.

For the SEAT Group, which sold more than 450,000 vehicles last year, virtual reality has lowered production time by 30%, according to a company announcement.