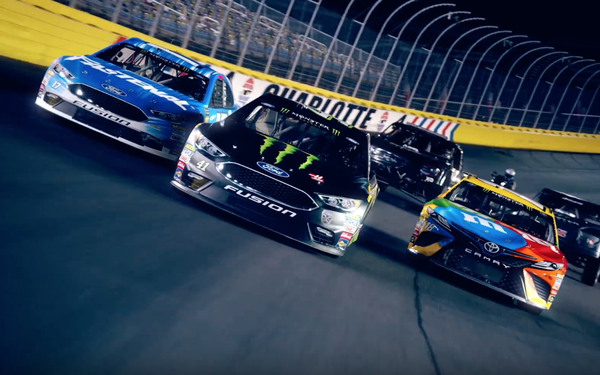 The spot is running on both linear TV and digital, and is the first piece of television creative that Monster has ever crafted around its sponsorship of the Monster Energy NASCAR Cup Series.

Monster typically focuses on producing grassroots, longform-style digital and social content to support its sports sponsorships, and this 2:30-minute video uses that strategy.

The spot brings viewers to a late-night meeting between NASCAR drivers and Monster Energy representatives at Charlotte Motor Speedway, as Monster throws down major money for a future challenge. It leverages the million-dollar prize up for grabs at NASCAR’s All-Star Race to set a menacing scene. It was conceived, coordinated, directed and produced by the in-house teams at Monster Energy and NASCAR.

“The All-Star Race is a signature moment during our season and Monster Energy captured the excitement always associated with this race, while remaining authentic to its brand,” Jill Gregory, senior vice president and chief marketing officer for NASCAR, tells Marketing Daily. “Racing and edgy, fun content creation make up the core of Monster Energy’s culture, and we look forward to more collaboration on creative ways to introduce our sport to new audiences around the globe.”

The brand is extending the creative concept through the rollout strategy, including a Twitter conversation among the characters.