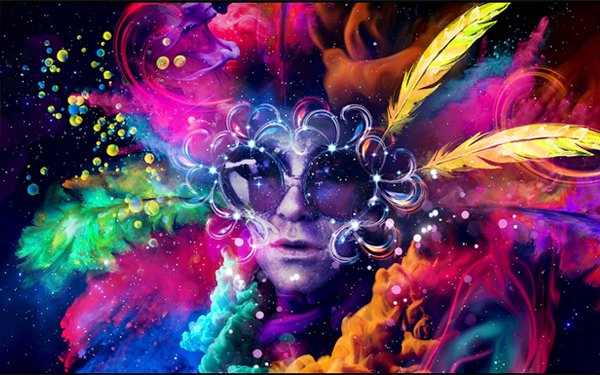 It all started with the idea of post-biological performances.

That's how Spinifex Group, a creative agency that is part of the Project Worldwide agency network, got involved in the Elton John Farewell Tour.

I spent some time with Ben Casey, CEO and founder of Spinifex Group, yesterday to discuss how that involvement came about.

Casey and his team are behind Elton John’s retirement and final tour announcement via the retrospective film Farewell Yellow Brick Road: The Legacy, a six-minute virtual reality experience featuring the highlights of Elton John’s career.

“It was a project that kicked off back in January last year,” said Casey. “The essence of the project and the conception of the idea happened long before we actually met with Elton John’s team themselves.

“We had noticed a clause, a legal term, starting to emerge in Hollywood contracts, around this idea of post-biological performances. It got us really interested. It’s coming off the back of movie properties and franchises that are using the likeness, body scans and face scans of actors like Paul Walker and Carrie Fisher. These individuals are so important, especially if they want to do prequels that require them to perform a different age for the role, or even in the case of having deceased actors, then they can be rematerialized back into movies to keep the continuity.

“This is something that is quite common now, and it got us thinking about what the application of that could be. We very quickly got to the idea of the ability to experience epic moments in music history as it you were actually there, like a U2 at Slane Castle, the Beatles at Shea Stadium and then obviously, Elton John had some iconic performances here in L.A., and that really was the essence that got us to the project rolling.

“We contacted Elton’s team in London and while they do the Oscars party each year, we asked if they’d come to the studio to see some of the thoughts that were beginning to percolate here in our studio. They were blown away by the thinking and really intrigued.

“What we didn’t know was that Elton was planning his farewell tour and was going to end his stage performances with his farewell tour. It came at a particularly pertinent time, and as we started to research this, we started to uncover amazing capabilities in volumetric filming, and more traditional forms of visual effects that would enable us to preserve the essence of Elton John for future formats.

“As we looked down the track, which we’re constantly doing, we’re seeing the emergence of these playback formats that are fully dimensionalized. It occurred to us that a lot of major musicians have only been captured inside the frame and, by association, they kind of limit their legacy as they look to seek to ways to engage audiences or to play back their music, because they just don’t exist. They don’t have the data to take advantage of these volumetric formats that have this incredible sense of a presence and emotional connection.

“It was really kind of interesting to go to someone (Elton John) who has been such a creative force for five decades and have him very instinctively pick up on that this is a very interesting way to extend his music and make sure that it has that longevity.”

Sometimes, it starts with the idea of post-biological performances.