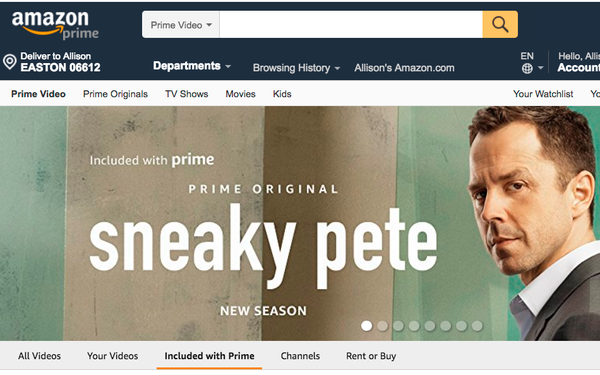 In the world of streaming video, that number also means that Amazon is now officially the second-largest streaming video company in terms of subscribers, with all 100 million plus able to access Amazon Prime Video, the company’s on-demand video service.

Netflix now has more than 120 million subscribers, while Hulu (only available in the U.S.) has 17 million.

What differentiates Amazon from Netflix, Hulu and free video competitors like YouTube is that video is just part of the bundle. Free shipping, free streaming music and other features are baked into the annual fee.

While the company has not used this strategy yet, that ability to cross-sell may be the biggest potential driver for Amazon’s video business.

“Prime members spend roughly 2x more than non-members on average, which speaks to the company’s all-out efforts to grow its Prime membership through incentives/discounts, Whole Foods cross-selling, video content capabilities, and other channels,” wrote Daniel Ives of GBH Insights, in a note released after the 100 million figure was revealed.

Amazon Prime Video doesn’t buy ads (aside from trailers for its shows/movies, and from brand integrations), but the company has an ability no other competitor can match: consumers can see an ad for a product and buy it in the same platform with one click.

As analysts look at Amazon, they see a company poised to take on the Facebook/Google duopoly, combining content, data and the ability to buy direct, all in one place.

100 million paying subscribers is a pretty good place to start that advertising push.