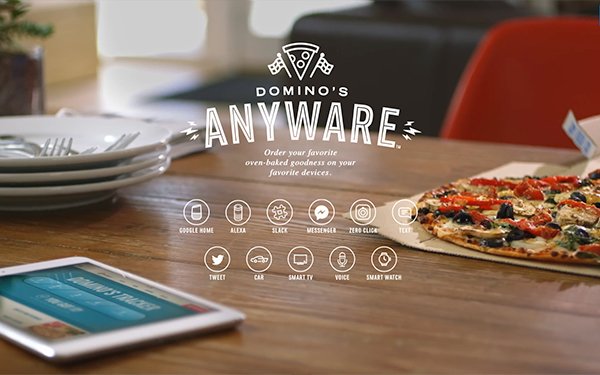 Domino’s Pizza is adding artificial intelligence to pizza ordering by way of a voice-recognition application that can take telephone orders.

The global pizza chain already had voice recognition in its mobile app through the assistant, named Dom, which it launched in 2014. Domino’s now conducts more than 65% of its sales in the U.S. through digital platforms.

Dom is being tested on phones in 20 stores with more coming in coming months, according to an announcement by the company.

"DOM was a key milestone not only for us, but for voice recognition technology in general," stated J. Patrick Doyle, CEO and president of Domino's. "DOM was also the public face of our initial investment in artificial intelligence. Voice is a more natural way for people to interact with technology. With DOM on the phones, our ordering technology and plans we have for future in-store technology, our goal is to one day be 100% digital."

Using Dom for phone-in, carryout orders was tested in several company-owned stores and Domino’s said initial response from customers and employees was positive. The phone voice agent also can help customers determine the status of their orders in the process.