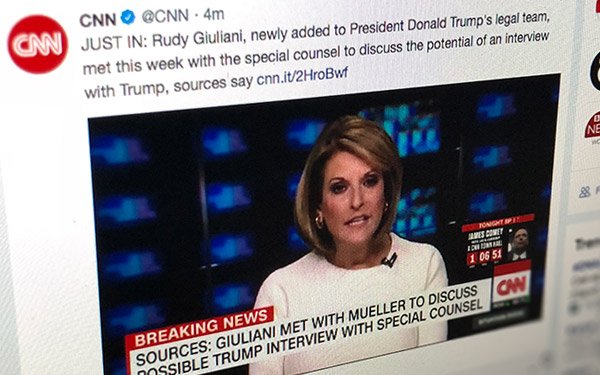 Video now accounts for more than half of Twitter’s advertising revenue, and the company plans to continue investing in the format as it seeks to grow its business.

“On the monetization side, video is now more than half of ad revenue. It's the second quarter where that's been the case, but we still feel like there's lots of opportunity... through the formats that we have today, through better relevance, through new formats, through increasing audience, and better sales execution,” said Twitter CFO Ned Segal on the call.

The continued decrease in Twitter’s CPEs (by 28% in the first quarter, according to the company’s latest SEC filing) makes it easier for advertisers to buy into the system. Segal said the company will “have to show more videos in order to offset that,” but that the company is already moving in that direction, with ad engagements up 69% year over year.

When you factor in the higher engagements and click-through rates, “you end up delivering a better ROI to advertisers, and CPMs continue to be stable and pretty healthy with that as a backdrop,” Segal said.

The company has been aggressive in securing live video rights to sports and other events (those rights will be a focal point at the company’s newfront presentation next week), but it is also trying to build new products around those live video streams.

“We continue to strengthen a lot of the product infrastructure that allows us to go beyond just a live stream, but actually show the conversation for any particular event,” Twitter CEO Jack Dorsey said on the company’s call, adding that the company has added a "What’s Happening" module to the top of people’s timelines.

“You can tap into it and if we have a live stream, we will show the live event, whether it be a breaking news event or a sporting event,” Dorsey added. “But more importantly, we can show the conversation around it: everything that people are talking about, experts in the field, top commentators, everything that mattered in a Recap tab. So, we get to show people what's happening in the moment, but also show them what mattered most if they didn't catch the particular event live.”

One big question going into the company’s newfront, according to a buyer: How much will Twitter emphasize more traditional ads on its livestreams, as opposed to newer ad formats tied to its engagement products?

Either way, with its latest earnings, it has never been more apparent that Twitter’s video future is now its present.