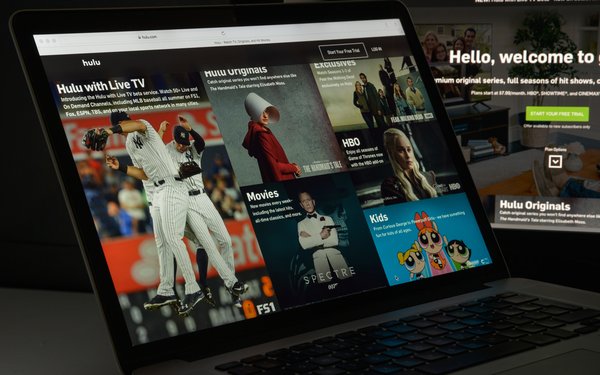 About half of all subscribers to Hulu choose the less expensive subscription supported by advertising. That's according to 21st Century Fox CEO James Murdoch, who discussed Hulu onstage at Recode’s Code Conference Tuesday. Update: More up-to-date figures have Hulu's ad-free product accounting for more than 60% of subscriptions.

Hulu’s base subscription costs $7.99 per month and is ad-supported. For an extra $4 per month, consumers can opt for a plan that is nearly ad-free. The company also offers a live TV streaming service that contains the usual ad breaks in programming. At the company's upfront presentation earlier this month, the company said that the number of subscribers to its ad-supported product were up 40% year over year.

Murdoch argued that giving consumers the option to choose whether or not they want advertising makes for more effective ads, while maintaining a stable business model.

“I think once you empower the customer, and you make it really transparent, that it’s really about how they’re valuing their time... Then they also complain a lot less about the ads, because they’ve been given a choice and empowered,” Murdoch said.

While Murdoch is bullish on the ad business for sports and live programming, he sounded bearish on the future of ad-supported scripted programming.

“I think the advertising business is one that does look very tricky going forward in scripted entertainment,” Murdoch said.

“When you invest an enormous amount in telling these stories as well as we can, and kind of achieving the suspension of disbelief, and you really have the customer or the viewer enjoying what they’re seeing, and you interrupt them to communicate something about Kit Kats, or beer... it’s just not a good experience. So I think we have to do much, much more investing in making it better.”

Still, Murdoch remained optimistic about the future of traditional media companies (particularly Disney, which is in the process of trying to buy Fox).

However, Murdoch did not seemed impressed by Apple’s recent foray into original programming. “[Apple] going piece by piece, one by one, show by show, et cetera, is gonna take a long time to really move the dial and having something mega,” he said.

As for Netflix, Murdoch said that the streaming giant is planning for a future where it can't license programming from the major studios or networks.

“Look at the kind of investment that Netflix is required to make in anticipation of potentially not being able to acquire rights from outside programmers,” he said. “They’re just doing a huge amount of original production. Those are enormous bets. And when you add on top of that live sports, and things of that nature, there are huge costs and huge barriers to do that.”