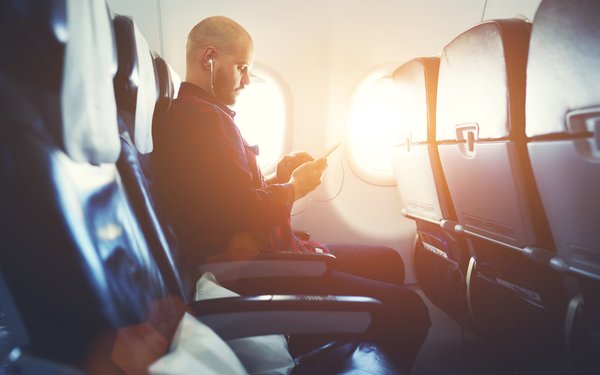 The Internet of Things involves being connected all the time, and that also means when flying.

In-flight connectivity is improving and there are some innovations coming along that are likely to impact entertainment in the air.

Airlines are increasingly adopting Wi-Fi streaming to passenger devices and the number of connected aircraft will grow by 118% from this year to 2023, according to a new study by Juniper Research. By then, more than 34,000 commercial and business aircraft will be connected.

Airline connectivity also is growing across the board. For example, the penetration of wireless streaming to passenger devices in aircraft in West Europe will reach 31% by 2023, up from 23% this year.

One of the expected innovations is the addition of virtual reality to in-flight entertainment. An airplane seat can be a logical place to put on a VR headset and become fully immersed in something other than flying from one point to another.

As an aside, Juniper also notes that 13% of American are afraid to fly and immersing a passenger in VR can lessen that issue.

This doesn’t necessarily mean it all will be free. Total in-flight entertainment and connectivity service is projected to grow from $3.7 billion this year to more than $8 billion by 2023. That’s one of the reasons airline passengers will be seeing more connected options when they fly.