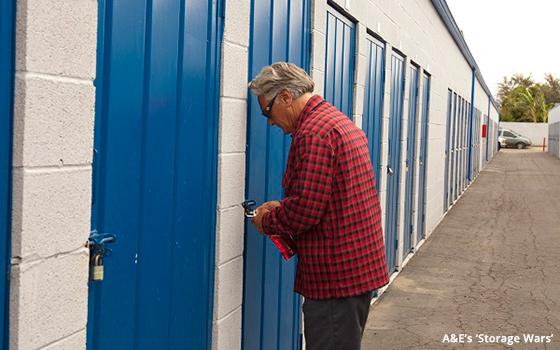 The nation's best-known consumer watchdog, Consumer Reports, is taking aim at the cable industry -- calling on readers to help Consumers Union (parent of the magazine) identify and fight against absurd fees that cable companies routinely add on to cable bills every month.

In fact, CR is advocating that consumers take charge of their TV-viewing expenditures by exploring a host of alternatives to cable.

The new August issue of the magazine has page after page of suggestions for ways that consumers can replace their overpriced, content-challenged cable services with old-school antennas and/or a strategic array of streaming services.

CR feels so strongly about widespread consumer dissatisfaction with the high price of cable TV (and by extension, the woeful array of idiotic TV shows you get for your money) that its package of cable cord-cutting advice and suggestions runs to 12 pages.

The mag's provocative cover shows a cable box in a garbage can, accompanied by the headline: “Dear Cable TV, YOU'RE FIRED!”

In one of the package's many sidebars -- this one headlined “Cable TV's Sneaky Fees” -- CR enlists readers’ participation in a new Consumers Union program called “What the Fee?!” which will “highlight surprising charges and help consumers fight back” (WhatTheFee.com).

Among the fees that CR apparently deems unfair (if not blatantly greedy and inexcusable): A $10 monthly “HD technology fee,” set-top-box fees and DVR service fees.

“The HD fee persists as an add-on years after nearly all programming has switched to high-def,” says CR. Translation: Why on Earth are we being charged extra for something as basic as TV signals?

On the subject of DVR service, CR writes: “This is often the biggest added fee in a cable-TV bill.” The implication here is that in this day and age, a subscriber's ability to time-shift (i.e., record shows and then watch them on his or her own schedule) should be a feature as fundamental as receiving the TV channels in the first place. The days of charging extra for this should be over by now.

The CR cord-cutting stories starts with an eight-step plan for reassessing your viewing habits to determine just how many networks you never watch but nevertheless pay for in your cable package.

Or to put it another way: How many people really need A&E’s “Storage Wars” (pictured above) or any of a host of other cheapo reality shows that make up the bulk of what basic cable has to offer these days?

CR then advises readers on how to shop for skinnier bundles, renegotiate existing agreements with cable services and/or strategically assemble streaming-service subscriptions whose total fees will be less than what a typical subscriber pays for cable every month.

There is even a section in which CR rates the reception quality of 10 TV antennas currently on the market. The magazine reports that about one-fifth of U.S. households today use the antennas to receive over-the-air TV the old-fashioned way.

Within this 12-page package are several hints that cutting the cable cord -- indeed, even undertaking the arduous TV-viewing assessment process that CR advises -- is not so easy nor is it guaranteed to bear the desired fruit in some cases.

For example, one of the mag's suggested streaming-service combinations adds up to a monthly cost of $172, which is on par with some people's cable bills.

In addition, one California man who is interviewed in the piece admits that he and his wife now spend far more time “navigating between services to watch TV,” which points to a weakness in the cord-cutting scenario -- the ease and speed with which millions are accustomed to accessing TV channels on cable is replaced by a lot of navigation effort that many don’t feel like undertaking just to watch TV.

Overall, the CR stories give a picture of a TV industry in serious flux. Reading through these 12 pages, one gets the feeling that the problems and issues associated with cord-cutting could eventually become easier.

If memory serves, CR has produced these cord-cutting packages in previous years. In years to come, if CR decides to go at this topic again, how much do you want to bet that cord-cutting will become easier to do every year?