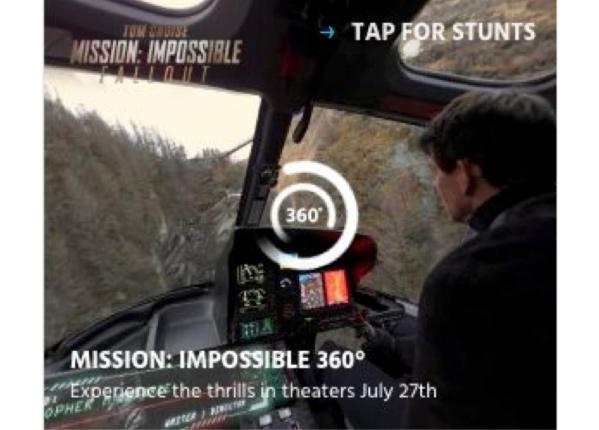 The studio is using display banner ads and pre-roll ad units that click to a 360-video. The video, created with 360-degree VR ad platform OmniVirt, features Cruise in a helicopter chase, including one stunt where Cruise almost falls off the helicopter.

“For the “Mission: Impossible” campaign, bringing viewers behind the scenes to see how stunts are performed using 360° video makes for a visceral, exciting experience,” stated Brad Phaisan, CEO of OmniVirt.

The 360-video also includes a behind-the-scenes look, as Cruise pilots a helicopter through narrow passageways, with commentary on the experience along with the film’s director, Christopher McQuarrie.