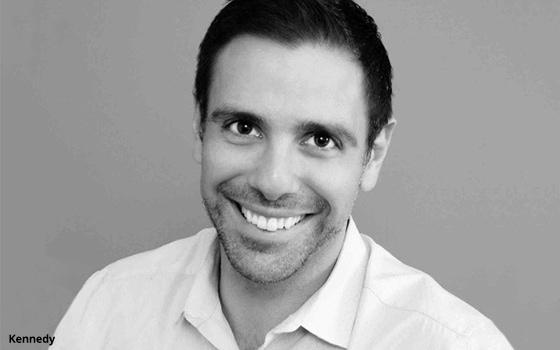 The back-to-school season is here. And while children may dread it, retailers love it -- and many are off to an early start. They have been emailing customers and using personalization, both in emails and on their websites.

What they’re not doing is adopting predictive modeling and analytics to drive true individual marketing, according to Episerver’s senior director of commerce Ed Kennedy. For instance, many don’t capture data on the number of children in the household, or their ages and growth rates. “It’s more implicit,” Kennedy says. And many are sending “tried-and-true promotions,” he adds.

There’s no question that this is a critical time for retailers. A study by Deloitte forecasts that back-to-school spending will total $27.6 billion, or $510 per household, this year. And 20% of it is up for grabs, meaning that there is $5.5 billion that customers don’t know where they plan to spend — online or in stores. The average household spend is down slightly, but still substantial.

It’s the second-biggest shopping season, and now so important that it has its own marketing acronym: B2S.

Brands just starting their B2S campaigns now may be too late. Deloitte reports that 62% of shoppers start buying before August, and that they spend $100 more on average than parents who begin later. In addition, $18 billion will be spent in B2S in the four-week period between mid-July and mid-August.

That may be why Kennedy has seen apparel B2S campaigns starting as early as late June. However, that reflects a pattern he has also seen in campaigns for Black Friday and other holidays.

Here’s another cautionary note: Digital influence has plateaued, according to Deloitte: There is flattening usage of laptops, mobile and social.

Retailers are already doing many things right, however. For example, they are serving “personalized display ads when Mom is browsing on different sites and personalized emails with product recommendations” tied to behavior, Kennedy says.

They also are striving to have “continuity between channels, so when Mom shops on mobile sites and goes into the store, she sees  consistent messaging” he adds.

In addition, brands are relying on machine learning and algorithms to determine timing, based on the person’s open-rate history, “so if you open emails at 9 a.m. when having your first cup of coffee, they send it then,” Kennedy says.

But it’s not enough, he contends.  “They need to compete with Amazon on “something other than price and the product selection.”

What could that be? For one thing, content — the kind that educates and inspires “instead of just pushing product in their face,” Kennedy continues.

This could consist of videos, blog posts, curated styles, embedded educational stories on how a parent can get their son or daughter ready for school,” all delivered based on behavior.

They also should test influencer marketing to supplement their traditional ad spend. “So many Moms are on social media, and for a very low cost you can get some great curated content from influencers.”

Kennedy laughs that there are “many Moms with hundreds of thousands of followers.”

Above all, however, brands need progressive profiling and better data capture. Many have their data in silos, and are not yet using predictive modeling and analytics to determine what, where and when consumers want to buy.

Kennedy adds that Episerver is working with Microsoft on a predictive modeling tool that will predict segments based on a host of variables.