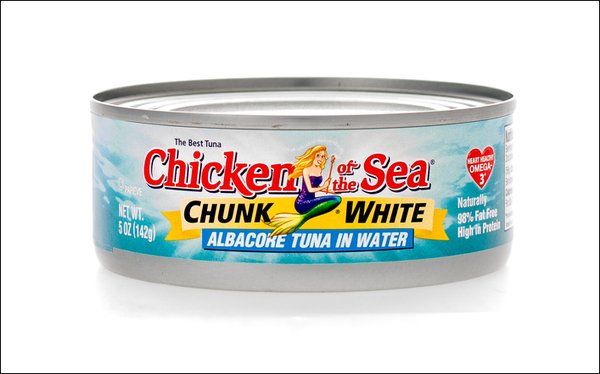 Chicken of the Sea is appointing David&Goliath as its new AOR to help reintroduce and revitalize the 104-year seafood brand to U.S. consumers.

The brand had previously worked with E29 Marketing.

D&G's scope of work includes strategy and creative, in addition to media planning and buying, which will be handled in partnership with Canvas Worldwide.

Most recently, the brand has continued to leverage the pop-culture fame the product made in the early 2000s, when Jessica Simpson wondered on her reality show whether it was chicken or fish. Last October, to celebrate National Seafood Month, Chicken of the Sea tested a national campaign to revisit the question: Is it chicken or is it fish?

The “Fish Called Chicken” creative was highlighted by a series of 15-second spots featuring a talking chicken wrestling with the meaning behind the Chicken of the Sea brand. It was originally named by a fisherman in the early 1900s, who equated the white color and mild flavor of albacore tuna with the appearance and texture of chicken.

D&G’s first work is expected to launch later this year.