Boomers Don't Understand Some Apple Ads -- But So What? 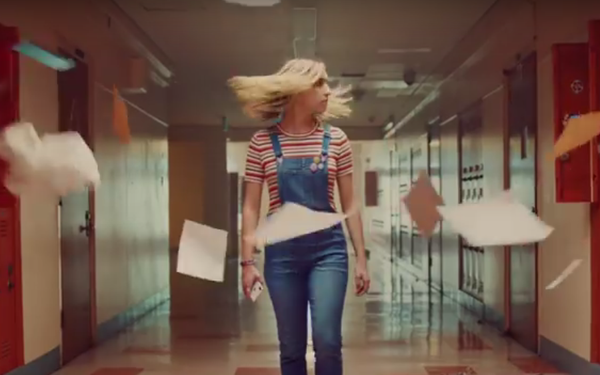 A new study by consumer-experience firm UserTesting concludes that recent Apple advertising may resonate with younger viewers but annoys older consumers. And since younger users are now forming brand loyalties, that ad strategy may make sense.

The blunt title of the report is “Why are Apple’s new iPhone ads so annoying?” The answer seems to be that the perception is mostly in the eyes of the beholder.

The three Apple commercials in question:  “Sticker Fight,” in which young people run around slapping silly stickers on everything and everyone; “Fly,” hyping Apple’s Pay function that uses Face ID to enable shoppers to  buy at a glance, available on the iPhone X; and “Unlock,” which debuts the facial recognition feature that unlocks the iPhone X by showing a student unlocking school lockers, desks and closets. Some scenes in the latter are reminiscent of the scary parts in the movie “Carrie.”

“Many iOS and Android customers in the boomer age group felt the ads weren’t targeted to them,” the study says. “The biggest difference was shown by the ‘Sticker Fight,’ ad, with 30% of iOS and 73% of boomer Android customers reporting that the product shown in the ad wasn’t relevant to them.

Brand loyalty was another huge factor. People in either age group reacted more positively to the Apple ads if they were already iOS users and worse if they were Android users.

Still, “The new iPhone ads feature confusing situations, fast cuts, and saturated colors,” noted Michael Mace, vice president of product marketing for User Testing, in the text of the study.  “There’s no question that Apple is thinking different again, but this time it’s not clear what the company is intending.”

The report concludes: “UserTesting’s research supports the idea that Apple is targeting young people deliberately. In fact, since brand loyalty starts very young, it’s likely that Apple is actually trying to appeal to people even younger than those we studied: teens and pre-teens. Apple’s approach is enabled by the intense loyalty of iPhone customers. Since it’s difficult for Apple to discourage current customers, the company can focus its advertising on the next generation of consumers.”