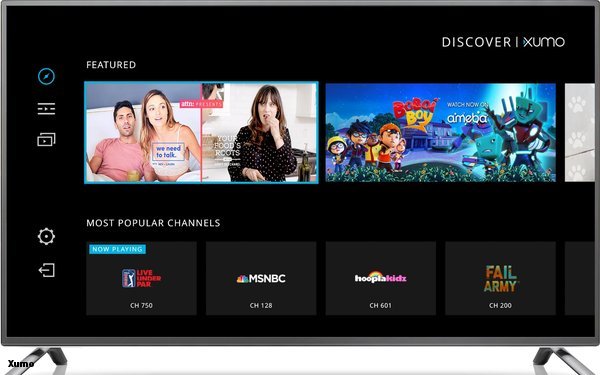 The free streaming over-the-top video service Xumo continues to add to its lineup of channels, as it marks what CEO Colin Petrie-Norris says is a “monster acceleration” in viewership.

Petrie-Norris tells Digital News Daily that viewership of the ad-supported service is up 325% over the past year, with user consumption up 90%.

“We have been live now since late 2015, when the first TVs [to incorporate Xumo] went to market,” he says. “What we have seen in the last 10 or 11 months is a monster acceleration in both users finding their way to our service, but also watching a lot longer.”

Xumo has focused much of its efforts on the smart TV segment, making itself available for free to buyers of TVs from makers like LG and Vizio. Some 50 million smart TVs in the U.S. have access to the service, with nearly 15 million of those having Xumo baked in as a native app.

The service provides linear video content — some of it live — from partners like CBS, History and the PGA Tour.

When a channel is not built around live content, Xumo takes episodes and clips and curates them into a linear feed, enabling a viewer to tune i” to whatever is being streamed at the time.

Petrie-Norris says automatic content recognition data shows that 20% of Xumo viewers use the service as their exclusive linear TV experience (i.e. watching their live news through the CBSN channel), supplementing on-demand services like Netflix and Hulu.

“I think there is something happening in the market where consumers are figuring out that linear, free ad-supported experiences are available and are an interesting not-quite-replacement to cable, but comparable in many ways now,” he says.