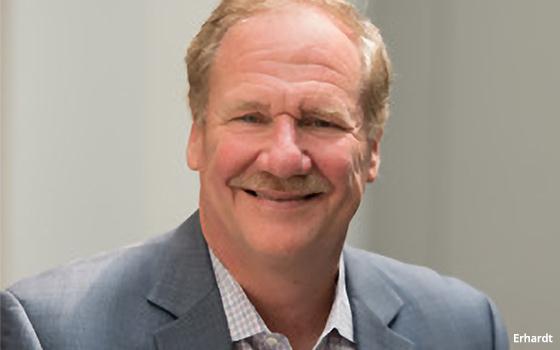 Ferro has been named president of Disney Advertising Sales. She will now oversee all of Disney-ABC Television, as well as all of ESPN -- its domestic networks, in addition to ESPN on ABC, ESPN.com, ESPN3, ESPN The Magazine, ESPN Radio, ESPN International, ESPN+ and ESPN Mobile.

ESPN pulled in $3 billion in national advertising from September 2017 to September 2018, according to iSpot.tv.

Ferro was named president, Disney|ABC advertising sales and marketing last year. She has been overseeing all advertising sales, marketing and ad revenue-generation for Disney’s entertainment, news, kids and family networks for its linear and digital TV and radio businesses.

Erhardt, president of global sales-marketing at ESPN, has overseen advertising sales at ESPN since 1999. In 2015, he added responsibility for ESPN’s marketing and research groups. In 2010, he established an in-house, branded-content creative agencies, CreativeWorks -- one of the first, according to the company.

Prior to ESPN, Erhardt was the longtime vice president-group publisher of Advertising Age.