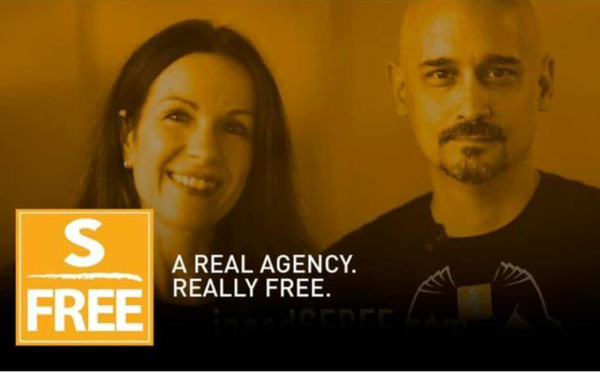 The Boonton, New Jersey-based agency, whose paid clients have included BMW, Tetley Tea and Wyndham Worldwide, promises to develop a “fearlessly creative ad campaign” for the winner of its current competition, which runs through October 31.

Among previous winners was the Liberty Humane Society, whose #AdoptACityPet outdoor campaign won an International Davey Award from The Academy of Interactive and Visual Arts.

One caveat, according to the company’s website, is that S FREE candidates “need to have the budget to have [the ad] produced,” which “means out-of-pocket expenses such as media placement costs, original photography, video / sound production, etc. are on you. But don’t worry! Tell us your budget up front and we’ll make it work exponentially for your startup.”

“We are fortunate that we are in a position to give back, and this gives us a chance to do good while we do great work” for deserving companies too new or too small to afford such services, says Denise Blasevick, agency CEO.

"Ideally, we would like to provide S FREE pro-bono creative services to three startups by the end of 2019," she adds.

Apply for S FREE at www.ineedSFREE.com.