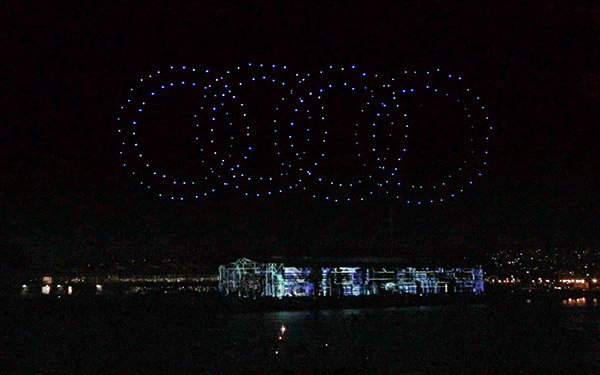 Drones have again been used for marketing, this time by Audi to introduce its all-electric SUV.

Earlier this week, 850 Intel drones were flown for a light show with 300 in the sky over San Francisco Bay and 550 inside the Craneway Pavilion, where guests arrived by boat for the introduction of the Audi e-tron.

The Intel Shooting Star drones have been used to create a light show at Disney World in Orlando, at the opening of the Olympics and to recreate the cover of “Time” magazine in the sky.

The drones used for the car introduction painted the sky with the Audi and e-tron logos above the bay. The Audi e-tron is a three-battery vehicle and one of three that will debut by 2020, according to Audi.