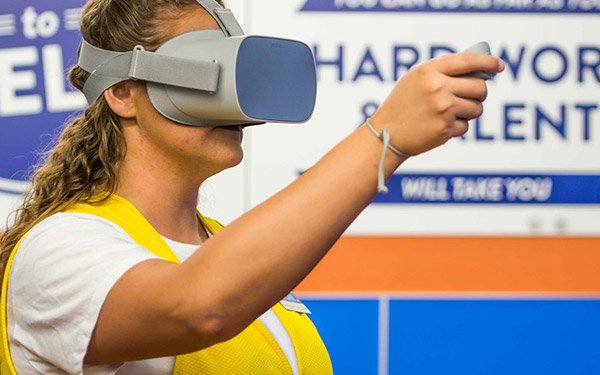 Walmart is increasing its use of virtual reality for training, now adding Oculus VR headsets to all stores in the U.S.

VR training is coming for more than 1 million Walmart associates, launching across the country next month, according to a company blog. Four VR headsets will be sent to every Walmart supercenter and two units to every Neighborhood Market and discount store, with 17,000 Oculus Go headsets in stores by the end of the year.

“The great thing about VR is its ability to make learning experiential,” stated Andy Trainor, Walmart’s senior director of Walmart U.S. Academies. “When you watch a module through the headset, your brain feels like you actually experienced a situation. We’ve also seen that VR training boosts confidence and retention while improving test scores 10% to 15%t – even those associates who simply watched others experience the training saw the same retention boosts.”

Every Walmart associate, including those who work on the floor, will have access to the same training that managers and department mangers do at the Academies, according to the retailer.

There are more than 45 activity-based VR modules from Strivr, with training in three main areas: new technology, soft skills such as empathy and customer service, and compliance.