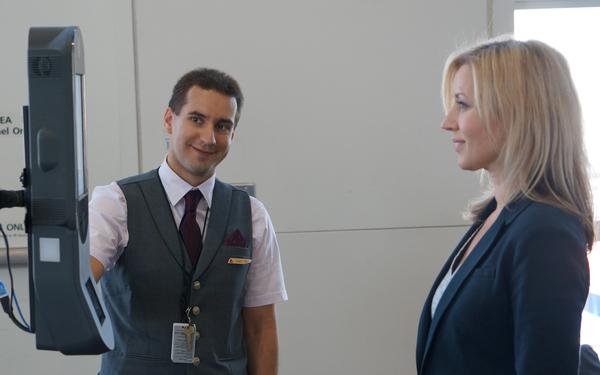 This will be Delta’s first biometric terminal in the U.S. and beginning later this year, travelers flying direct to an international destination will have the option of using the facial recognition technology from curb to gate, according to the airline.

“Launching the first biometric terminal in the U.S. at the world’s busiest airport means we’re bringing the future of flying to customers traveling around the globe,” stated Gil West, Delta’s chief operating officer. “Customers have an expectation that experiences along their journey are easy and happen seamlessly — that’s what we’re aiming for by launching this technology across airport touch points.”

Travelers will have the option of using use facial recognition at self-service check-in kiosks,  drop checked baggage at lobby counters, TSA checkpoints, flight boarding at any gate in Terminal F and at arriving international travel checkpoints.