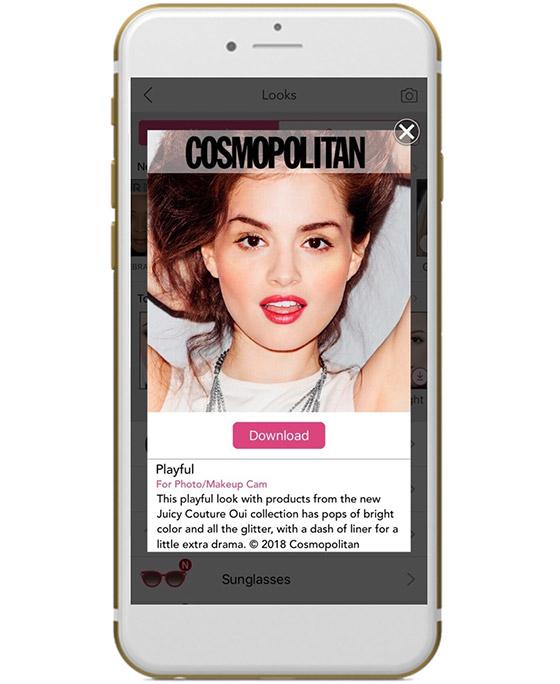 Augmented reality continues to be introduced to show consumers new things they can do with their phones.

By augmenting the image consumers see through their mobile device, a routine screen experience can be totally transformed.

The most popular to date has been Pokémon Go, using augmented reality to create characters to be captured as they randomly appear in front and alongside consumers as they walk around.

AR extended into practical applications, such as the mobile apps of Overstock, Wayfair and Ikea, allowing consumers to place virtual replicas of actual furniture in their homes to visualize it before making a purchase.

Apple even baked it into its Measure app in its latest iOS release, so consumers can use AR in the app to measure distances from one point to another.

Now Cosmopolitan magazine is tapping into AR for its October issue with an eight-page content package with Macy’s.

A beauty look designed by Cosmo editors can be instantly translated into a virtual try-on. Readers can snap a photo of a QR code, which will take them to a destination where they can choose a try-on experience and test the look using YouCam Makeup facial-mapping technology.

For Cosmo readers, the virtual try-on feature also allows for shopping of products directly from the page, linking augmented reality to ecommerce,

This is yet another example of why augmented reality will be so much bigger than virtual reality over the long term. There are almost an unlimited number of innovations that can be rolled out, as entities like Cosmo, Perfect Corp., Wayfair, Overstock and many others show on a recurring basis.