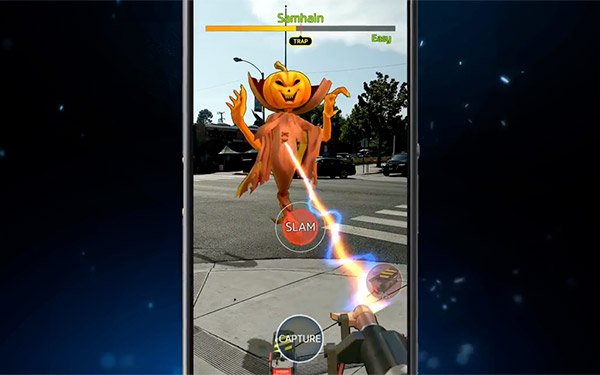 Ghostbusters World is a free, map-based AR game that puts a proton pack and ghost trap in players’ hands. Much like the well-known Pokémon Go game, digital characters in the form of  ghosts pop up and can be shot and captured via the AR app.

The app uses Google’s ARCore and Apple’s ARKit technology to capture iconic spirits from the film. Once users complete a collection, they can train their own ghost squad to bust rogue spirts int the Story Mode.