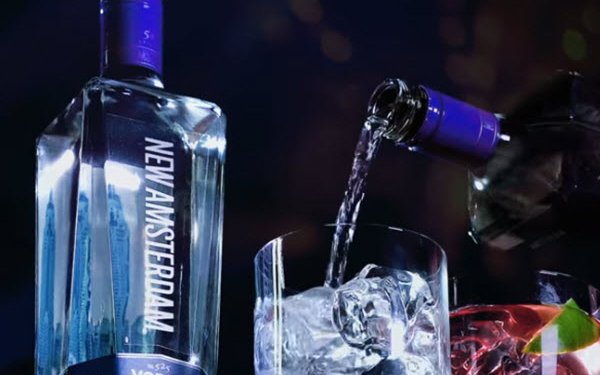 This is the first sports marketing sponsorship for the spirits brand, and the NHL’s first “official vodka” -- although the league also recently announced an “official shot” deal with Jägermeister.

Since its launch in 2011, New Amsterdam Vodka has become one of the world’s fastest-growing distilled spirits. It sold 1 million cases in its first 12 months, making it the fastest spirits brand in history to achieve that mark, and has since broken into the top five U.S. vodka brands by retail sales.

Parent company E&J Gallo and industry experts have attributed the brand’s success to its distributor network and retail partners, its quality ("five-times distilled"), an accessible price point (generally $14.99 or under for a 750-ml bottle), and marketing strategies targeting young adult males, including pop-up events around the country.

Its “Pour Your Soul Out” advertising campaign, targeting young adults, launched in June and has included TV and Spotify’s first branded podcast series.

Under the NHL deal, New Amsterdam Vodka will be featured in NHL programming throughout the regular season and the Stanley Cup Playoffs, as well as during league events including the NHL Winter Classic, NHL Stadium Series and NHL All-Star Game.

The brand will receive retail programming, bar and restaurant visibility, hospitality, in-game assets and TV promotion around premier NHL events. New Amsterdam will be able to offer consumers co-branded merchandise and opportunities to win tickets and attendance at NHL parties and events.

In addition to the national sponsorship, New Amsterdam Vodka will be announcing team sponsorships designed to increase awareness at the local level.