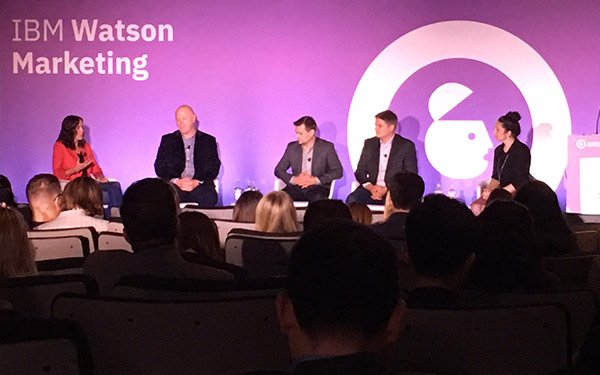 In recent years, there has been a mass migration of media dollars to trading desks as advertising agencies expand their offerings and brands bring media execution in-house.

This has left the advertising industry with some critical unanswered questions about the long-term value of trading desks as advertisers are demanding improved control and transparency while agency trading desks struggle to innovate and differentiate their offerings from other agencies.

Yet for agencies, one key challenge with programmatic is a "policing" cost and “how do we as an agency go back to the efficiency?” said Shenan Reed, president, chief client officer, Publicis Groupe.

Transparency is too broad a term to use as a wholesale solution, said panelists. "What is the point of the transparency you are asking for?" said Lebel. Brand safety transparency, for instance, “is critical because you don't want to be on the front page alongside an ISIS video,” he said.

With regard to agency-client agreements the transparency is often a matter of interpretation. "You don't know how much Neiman Marcus paid for the dress, you only know what you paid for it," said Reed.

The discussion moved to in-house versus outsourcing. While companies are starting to probe the benefits of bringing the practice in-house, the answer often isn’t a straight yes or no. "It really runs a spectrum," said Fischer. Many companies are in-housing pieces of the business, like strategic oversight of media planning, but will still use the agency to execute the plan. "It isn't as easy that this brand is doing 100% themselves," said Fisher.

Webster believes too many companies underestimate the amount of staff to keep up and maintain an in-house team, along with the need to constantly innovate, he said. It doesn't make sense unless that is your principal purpose.

The debate, however, isn't dissimilar to how digital rolled out in the industry. Many companies first started to outsource this discipline before bringing senior level talent in-house so they can explain the nuances, said Reed.

Coca-Cola has found success in this realm by avoiding the all-in or all-out-of house decision. Instead, the beverage brand manages close relationships with dedicated shops, said Lebel. "You can still have some measure of control and accuracy without having to do all of the day-to-day heavy lifting.”

Programmatic itself isn't evil or destroying the industry, panelists said. The technology is an enabler, said Jay Webster, senior vice president, product and engineering, Valassis Digital. "You still need someone who knows what they are doing. There is no AI in trading desk."

There is a misperception that the trading desk is some kind of magic black box, he says. "My experience is that if don't have a killer team, it isn't very effective."