Voice Shopping Starting To Catch On 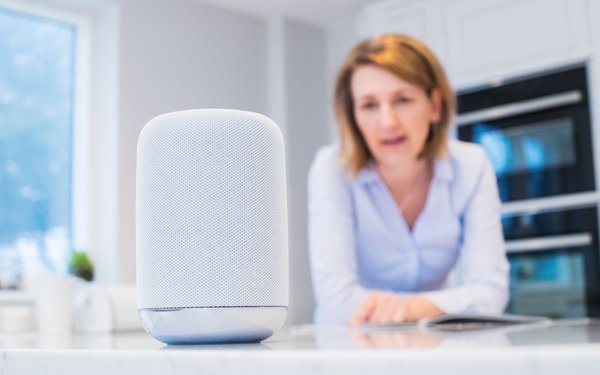 Consumers may be starting to warm to using voice technology to make purchases.

One in four U.S. online adults are likely to make a purchase using voice technology in the next year, according to the new voice shopping report by Consumer Technology Association (CTA).

That may increase, as more smart speakers are purchased, with CTA projecting 39 million to be sold this year, a 44% increase from last year. Projections are for a 13% increase in 2019.

Purchases can be of any size, though they tend to be relatively small, according to the study. The top product categories for actual purchases by voice are food and groceries followed by household supplies and consumer electronics.

More men (29%) than women (24%) access a digital assistant multiple times a day and overall, men have spent more money over the past year on voice purchases.

The big question is how the voice agents will be used during the holiday season. The study found that about the same number of those who said they will shop using their digital assistant in the next 12 months also said they will do so during the 2018 holiday shopping season.

Smart speakers have tripled in ownership, reaching 22% of American households this year, according to CTA.

Other recent studies suggest the number may be even higher. Parks Associates estimates that 28% of households already have a smart speaker and IDC says the Amazon Echo and Google Home devices will account for 100 million units shipped this year. That’s a lot of voice capability.