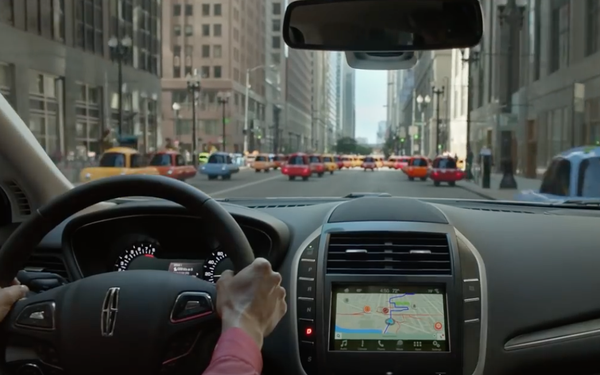 Luxury automakers took the lead in ad spend for individual spots in September, with Lincoln, Lexus, and Mercedes-Benz all making major investments  throughout the month.

While Lincoln was number one on the list, spending nearly $14.3 million on its “Waze World” commercial for the 2019 MKC, Lexus had the second and third highest spend for the Lexus ES, says TS Kelly, senior vice president of research for TV data company Alphonso. The combined spend for “Stolen” and “Why Bother” is a “whopping” $24.6 million.

“That said, don't count out the auto brands that didn't make it onto the list,” Kelly says. “For example, even though a Toyota commercial didn't break into the big 10 on spend, collectively Toyota invested more ad dollars on TV in the month of September than any other auto company -- at a total of more than $36 million.”

Rounding out the top 10 are two spots for the Hyundai Santa Fe compact sport utility in fourth and seventh place, respectively with “The Journey” ($8.8 million) and “Hey Dad” ($7.1 million).

Ford Motor Co. came in fifth with the Expedition spot, “We the People: Stronger Together” ($7.9 million). Mitsubishi was just shy of the Ford spend in sixth with “Freestyle Test Drive” for its Eclipse Cross (also $7.9 million).  The Ford spot ran 364 times vs. 1,312 times for the Eclipse, indicating that Ford made more high-profile media buys, including NFL football.