#NotSorry Campaign Paying Off For Reese's 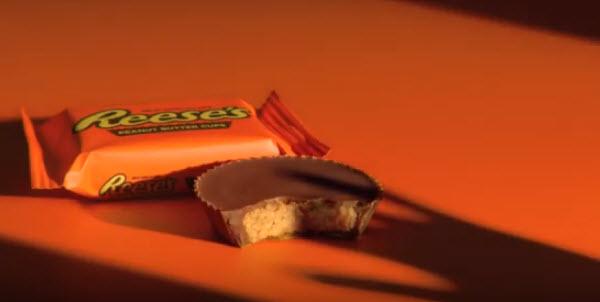 Reese’s’ ads are making an impression on significant numbers of consumers, putting the brand in a strong position as the critical Halloween holiday approaches, according to tracking data from YouGov Plan & Track.

Currently, fully 29% percent of U.S. consumers 18 and older report having seen an ad for Reese’s at some point during the past two weeks.

This isn’t surprising, given that Reese’s has been aggressively running a new campaign since early June, notes YouGov CEO of data products Ted Marzilli, who points out that the current 29% ad awareness also represents a 10-points increase in awareness since June 1.

The campaign, #NotSorry, tweaks the “Sorry, I Was Eating a Milky Way” campaign from competitor Mars, which originally debuted in 2012.

One launched in mid-June teases viewers with close-ups of a Reese’s cup, with a voiceover voice promising “OK, we’ll stop,” only to add: “Just kidding. We’re not gonna stop. Not sorry. Reese’s.”

More recent versions have themes specifically relating to buying Reese’s for Halloween, with one (below) suggesting that you can always turn the lights off and keep them to yourself, instead of giving them out to trick-or-treaters.

In comparison, the Hershey’s brand has a current ad awareness score of 24%, versus 20% at this time last year, reports YouGov.

But Hershey’s and sibling Hershey’s Company brand Reese’s will both be getting plenty more exposure over the next several weeks because of a new product that combines the two iconic candies: a Hershey’s milk chocolate bar with Reese’s Pieces.

The co-branded bar is set to be in U.S. stores next month.