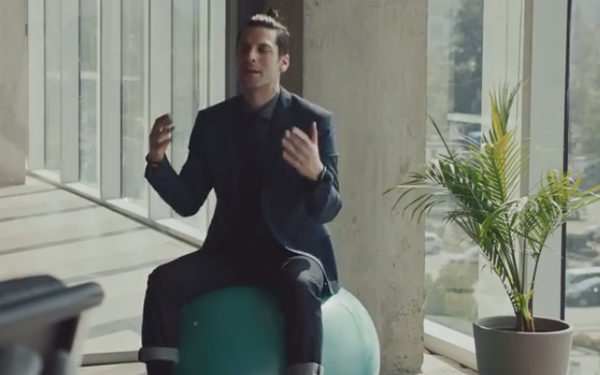 What if you’re not a “shiny new object,” but merely old and reliable?

That’s the message behind pointed new commercials from dependable -- and yes, old -- FileMaker, the cross-platform database app that started one month before America Online did, way back in 1985 -- and still has millions of clients using it in 15 languages around the world.

“We’re not a flashy start-up,”  says Ann Monroe, the vice president for marketing and customer services. New commercials emphasize that FileMaker, an Apple subsidiary, has changed with the times but is still as reliable as ever.

In the commercials, an executive at an office meeting tries to tell her colleagues that the FileMaker is what the company needs to get going. “We need to innovate faster. The FileMaker platform cuts administrative work so we can free our minds,” she begins -- but soon she’s cut off by the caw-caw sound of an exotic bird.

That sound is actually coming from the man-bun-wearing corporate guru type spouting platitudes, deep in a forest that has magically appeared on one side of the conference room.

The campaign is titled "Innovation Without the Hype."

“Innovation can’t happen in an office,” he says in an evangelical/TED talk tone while clutching  a clump of dirt. “This is how we’ll shift our paradigm.” Soon the entire board -- all except the FileMaker proponent -- is making bird sounds.

In another spot, Man-Bun advises the company to mimic the wisdom of whales to solve their communications gap.

In another, bouncing on a yoga ball, he advises, “Learn to balance your bodies and the budgets will balance themselves.”

The commercials, the first in a planned series created by the MediaMonks agency, are showing up on YouTube and, smartly, on  LinkedIn, where FileMaker is likely to run into the people who use it.

In fact, Monroe says part of the promotional effort is to get word-of-mouth mentions so clients who have used FileMaker for years (and years) recognize there’s a cadre of kindred souls.

“We’re a platform people always relied on. We’ve really stayed true to what we’re all about,” Monroe says. “Not many can say that.”