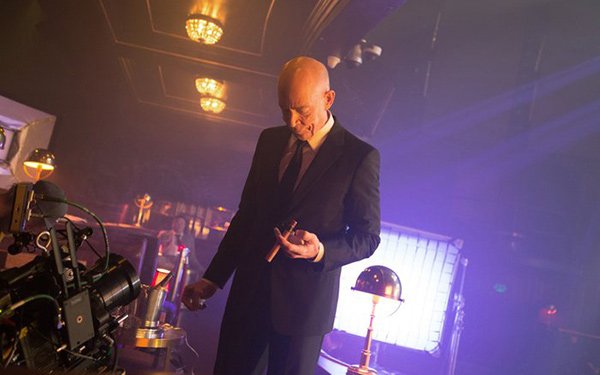 WSJ Custom Studios created the concept of the online video destination on The Wall Street Journal website, inspired by the publisher's editorial look. The hub serves as a curtain raiser for Prada's campaign.

The hub includes the online video player and three episodes created by Prada. The series has Simmons’ character battling obstacles — from a knife-thrower to a vicious guard dog — to deliver Prada’s Cahier handbags to three recipients.

It is designed to be watched across multiple devices.

The campaign wants to grab the attention of The Wall Street Journal’s affluent and stylish female audience in the U.S.

“It’s very important that we engage with this diverse and growing segment of our membership base, creating original content for world-class brands, in this case a luxury fashion heavyweight,” Jackie Hunter, executive editor for EMEA at WSJ Custom Studios, told Publishers Daily.

The campaign came from The Wall Street Journal’s EMEA office; Prada is based in Italy.

“Our luxury audience is both digitally savvy and strongly visually motivated. With ‘Delivering Dreams,’ we have created a destination that caters to both those attributes,” Hunter said. It also hosts an article from WSJ Custom Studios describing the campaign.

A native article unit will be on display on the U.S. front page of WSJ.com from October 23-29.

Two other native article units will live on the Life & Arts section of the WSJ site, both here and abroad, from October 22 - November 11.

“The ad is viewable on WSJ.com and being promoted on Facebook and Instagram Stories. That strategy makes sense because of its strong visual appeal and fashion content - and the potential to resonate not only with our existing subscribers, but also with luxury-buyers across social media,” Hunter said.