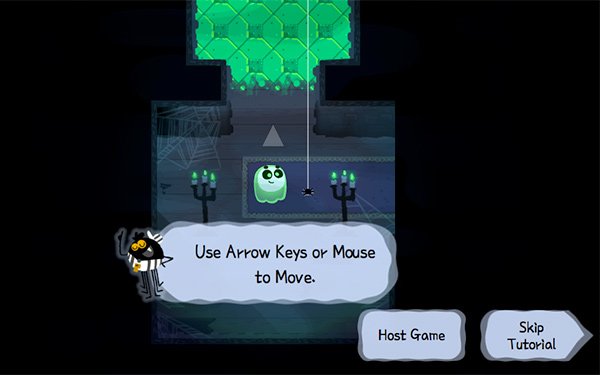 Rather than a trick, Google delivered several treats for Halloween. First, Google Maps, through an API, helped to support a neighborhood trick-and-treat locations map, and released its first multiplayer Google doodle game for up to eight players on its search home page.

On Google's main search page, clicking on the arrow brings up a game called Great Ghoul Duel. A link allows the host to share the game with friends. It features two teams of green and purple ghosts trying to capture as many spirits as they can and return them to their home base. Or in this case, the home page where consumers can search for more products and services.

The National Retail Federation expects Americans to spend $9 billion this year on Halloween-related items — the second-highest in the survey’s 14-year history.

Consumers should spend about $86.79 reach, up slightly from $86.13 last year. About 175 million Americans planning to partake in Halloween festivities this year.

Using Google Trends to look at the top search queries near the holiday last year, the study revealed that searchers in three states — Georgia, Ohio, and Virginia — wanted to know whether or not Halloween is a satanic holiday. In California, people searches for the best pranks; in Kentucky, baby costume ideas; and in Indiana people wanted to know the time of the bewitching hour.

Search is also playing a crucial role to help identify houses with sex offenders before children go out trick-or-treating. Several states -- including Florida, which has more than 46,000 sex offenders and sexual predators convicted of crimes -- are asking parents to check their statewide database before allowing their children to trick or treat.