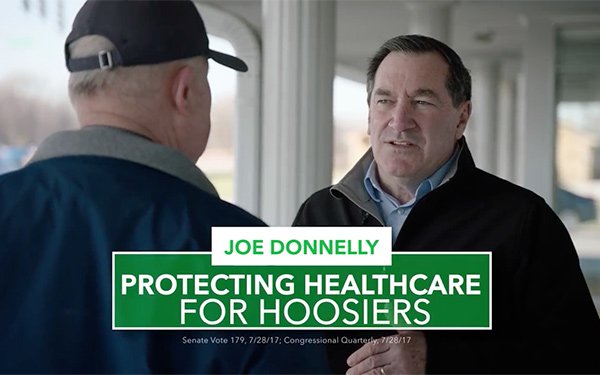 Democrats have outspent Republicans in local broadcast TV by nearly $10 million on Senate races -- at $133 million vs. Republicans, who have spent $123.1 million, according to Matrix Solutions.

The largest differential is in Indiana, favoring Democratic candidate Senator Joe Donnelly with a spend of $18.7 million against Republican opponent Mike Braun at $12.6 million.

The biggest differential for Republicans is in Florida -- Republican Governor Rick Scott (at $21.7 million) to Democrat Senator Bill Nelson (at $18.3 million).

Scott is also spending more than any candidate in these top markets.

For all Democrats in these top markets, Missouri’s Senator Claire McCaskill has the biggest spend, at $20.3 million.

Matrix looked at total political advertising -- from PACs, political committees and organizations, among others -- after “normalizing” spend from 166 active political marketing accounts. For example, Matrix says a PAC may be identified with a different name.

Political ad spend in these local TV races is for spending through October 25.