The Colonel And Mrs. Butterworth Do 'Dirty Dancing' Proud 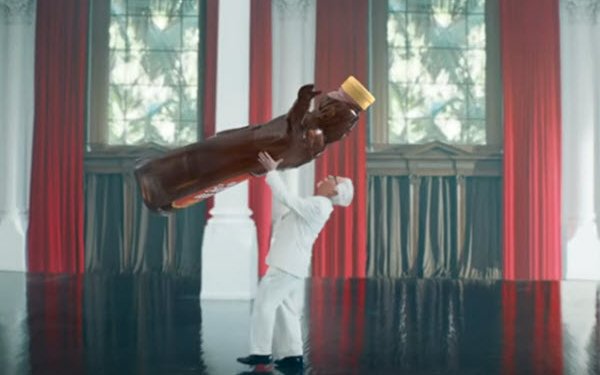 In a match made in brand mascot heaven, Colonel Sanders and Mrs. Butterworth are recreating one of most famous dance sequences in the history of movies: the climactic “(I’ve Had) The Time of My Life” duet from “Dirty Dancing.”

The ad, which began airing on national network and cable TV on Nov. 11, features character and commercials actor Craig Fleming as the dancing Colonel--and officially marks the end of Jason Alexander's reign as the Colonel, according to a KFC brand rep.

Fleming is also featured in a second Chicken & Waffles video with Mrs. Butterworth -- "Love at First Taste" -- and in already airing, 15-second Christmas caroling TV spots promoting KFC bucket deals. But a brand spokesperson says that there are no plans to continue using Fleming "after this engagement."

The LTO menu item features KFC’s extra crispy chicken on a Belgian Liege waffle (a type made from yeast-risen dough and Belgian pearl sugar). And in another example of the growing number of cross-company marketing partnerships, the dish is finished with… you guessed it: a dash of Mrs. Butterworth’s syrup.

Mrs. Butterworth is a brand of Pinnacle Foods, which was acquired by Conagra Brands in July 2018. KFC is part of Yum Brands.

The QSR is also promoting a variation of the combo that features KFC’s Hot Honey fried chicken between two waffles.

The items are available at KFCs from breakfast through closing, for under $6, through Dec. 31.