Hang In With HBO's 'Momentum Generation' Until It Takes Off 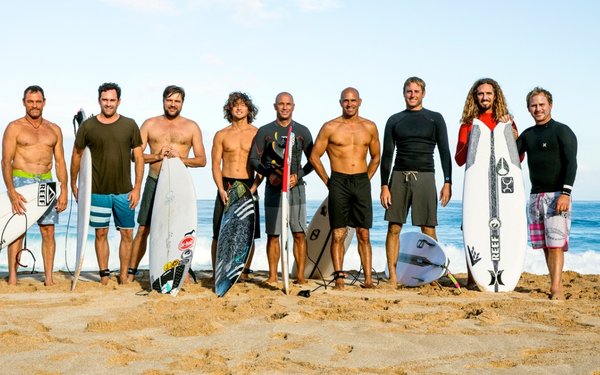 In 1992, filmmaker Taylor Steele released an influential short, “Momentum,” which focused largely on a group of teenage surfers living together near the famed Pipeline on the north shore of Hawaii’s Oahu.

By the mid-1990s, bolstered partly by their appearance in the film, these teenagers had helped turn surfing from a supposed subculture into an accepted action sport, and brought the U.S. into surfing ascendancy over Australia,

By the late 1990s, the bonds that tied the group together had been broken.

This story is told in an HBO Sports feature-length documentary, “Momentum Generation,” debuting December 11 at 10 p.m. ET. The documentary focuses on eight surfers.

Also featured is famed surf filmmaker Taylor Steele. But this is not one of his films.

Instead, “Generation Momentum” was written and directed by two non-surf documentarians: the brother team of Jeff and Michael Zimbalist (“The Two Escobars,” “Nossa Chape”). They do a yeoman’s job of combining current-day interviews with archive footage (much of it from Steele) into a gripping saga of youthful fun and growing ambition, followed by massive success, eventual disillusionment and depression, and ultimate redemption.

My only quibble — and it’s a big one — is that, as a non-fan of the sport, I almost tuned out during the first 10 minutes. Rather than getting right into some action — it is a sports film, right? — “Momentum Generation” starts off with backstory after backstory about folks I’m not yet familiar with. And these backstories are told by the surfers themselves, so they tend to be of the poorly written bio type, each starting with a variation of “I was born in…” or “I grew up in….

Yawn! So, start watching 15 minutes into the show. That’s when everyone gets to those enormous Pipeline waves, and the real story begins. It’s where I imagine a fictional movie on this subject would begin, with the backstories woven in later.

A significant part of the documentary concerns the rivalry between Kelly Slater -- eventual six-time world champion, “Baywatch”guest star and Pamela Anderson boyfriend -- and the more laid-back Rob Machado, who would never get the ultimate crown.

After one tragic death in 1997, the Momentum members go their own ways, some substituting competition for camaraderie, others turning to drugs or simply dropping out of the scene.

A decade later, Steele again paves the way to successful careers. He casts Machado in the starring role of a 2009 documentary, “The Drifter,”which proves therapeutic to the down-in-the-dumps surfer.

Machado becomes the first surfer to leave the competitive pro tour and still find success in the sport. This inspires the other Momentum members, including a now-depressed Slater.

Eventually, Slater brings everyone back into friendship. “Now that the competitiveness is gone, it’s like being kids again,” one of the group says.

In the end, it's a feelgood movie. And you can go back and enjoy the first 15 minutes.