VR Ads Can Be Marketing Gold For Selling 'Premium' Experiences 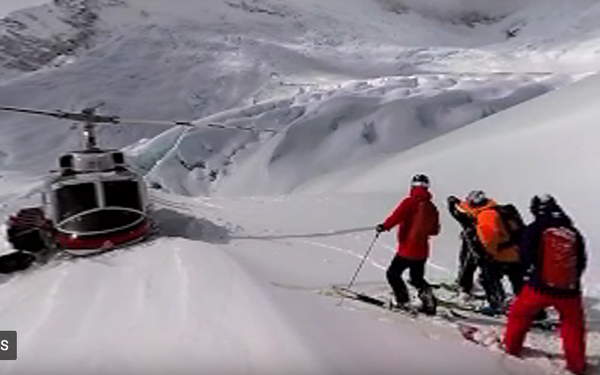 If you’re looking for a holiday gift for those people who have everything, you might consider buying them a heli-skiing or heli-hiking trip from Canadian Mountain Holidays.

For a cheaper way to make them happy, turn them on to CMH’s new 360-degree virtual reality video instead. It’s a five-minute-plus production that will take them on a skiing adventure through some spectacular Canadian mountains and then into the luxurious CMH lodges.

OminVirt, a virtual reality ad platform, is distributing the ads across web and mobile sites operated by the New York Times, USA Today, Expedia, Kayak, and CMH’s own site. They’ll run until April on those sites and others.

This campaign is built more for awareness than out-and-out bookings, but the mix of media is balanced so that the video does a lot of the former, and a little of the latter, too, explains Ara Parikh, OmniVirt’s product marketing manager. The idea is that once you see the VR video, the awesome images will stay in your mind.

These immersive videos work with all kinds of subjects -- but they are marketing gold for companies selling a “premium experience,” she says. For example, heli-skiing; those package tours are expensive.

VR is a good way to sell destinations, as OmniVirt learned with other clients that have included Travel Nevada, Go Hawaii, Visit Pittsburgh and Destination British Columbia.

A hurdle for an advertiser is that not everybody has a VR headset. Although instant stardom was once predicted for VR, it hasn’t been that easy.  Market intelligence firm IDC says the  VR headset market returned to growth in Q3 after four quarters of decline.

"The VR market is entering a new stage of maturity, where companies are setting aside the unrealistic expectations around explosive market growth and are focused instead on building more sustainable businesses," said IDC’s Tom Mainelli in a report released earlier this month.

Parikh says some travel advertisers are learning that even without a headset, VR leaves an impression with viewers because, like the CMH videos, users can easily manipulate the video just by adjusting the view by using their fingers. That’s easily done, even on a smartphone. And, Parikh says, the idea that there’s a VR video -- even if consumers don't watch it all -- can leave a favorable impression.